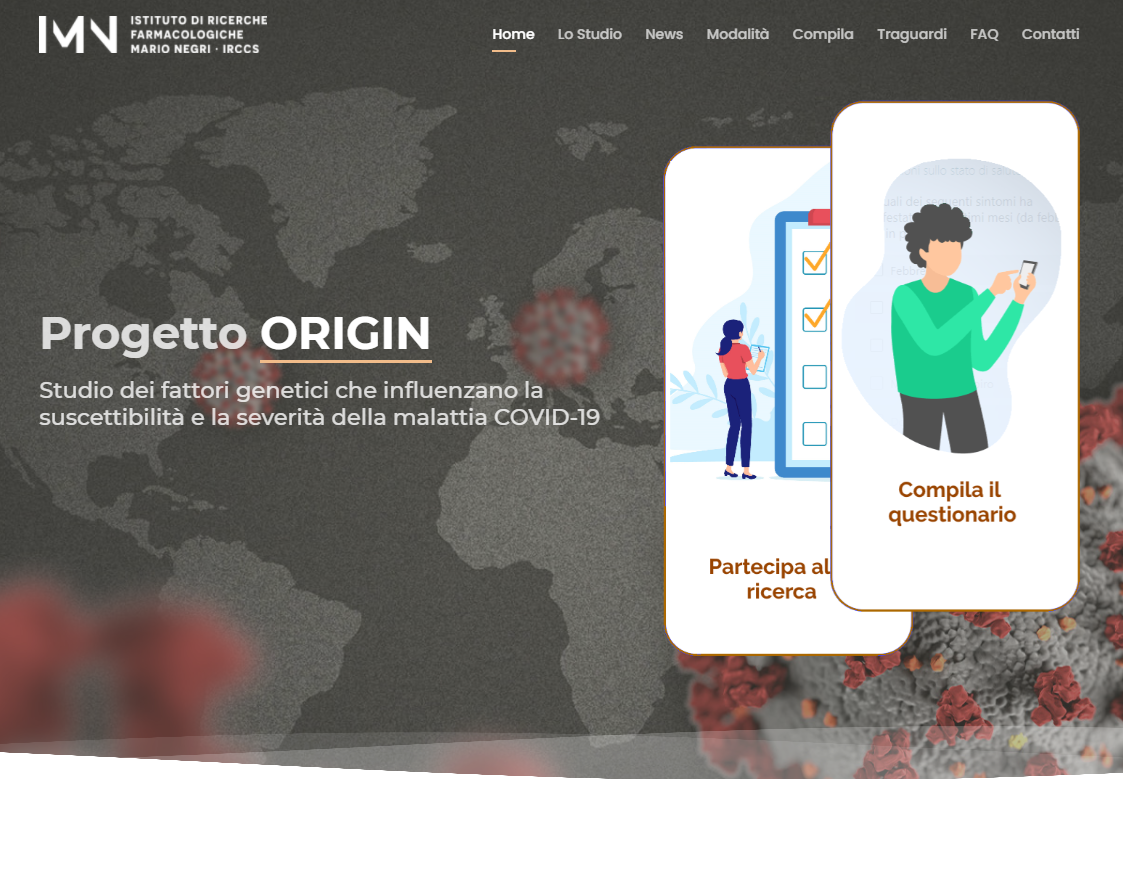 The Origin project from the Mario Negri Institute received a relevant contribution in its initial phase from Pesenti Foundation. The study, launched in 2020, aims at investigating the genetic causes of susceptibility and severity of the Covid-19 disease. The idea was born from the researchers of the ‘Aldo e Cele Daccò’ Center of the Bergamo Mario Negri Institute. Indeed, their skills are supported by many years of studies on the genetic defects at the origin of diseases.

No other centre in the world can count on such an extensive and in-depth investigation of a single area as the Origin Project did. The research involved 9,700 people from all over the Bergamo province, who have been asked to answer questionnaires about their health conditions after a possible coronavirus infection. As explained by Marina Noris, head of the Mario Negri laboratory dedicated to rare diseases, the research has now entered a decisive phase. «We are calling almost 1,200 people to the Ranica office – she explains – They are homogeneous groups of three subjects, very similar to each other in age and physical conditions, but one of them became seriously ill with Covid, the second one got it in a very light or asymptomatic form, while the third did not get infected. We will carry out clinical checks on them and compare their DNA». The purpose is to understand if genetics can explain the different severity of the disease. “Much speculation was made about why the pandemic had such a heavy impact in Valseriana; we may even find out genetic reasons. This would help us to understand who might need better protection from infection”, says Giuseppe Remuzzi, Director at the Mario Negri Institute.

The study began in the autumn of 2020 with online questionnaires, initially in Nembro, Alzano and Albino, and then extended to the entire province. In the current stage, studies are focusing on the patient triplets and genetic mapping, and fascinating details may emerge. For example, according to published studies, the presence of traces of the genetic heritage of Neanderthal man could explain, in some cases, the predisposition to the development of severe forms of the disease and, in others, a better immune response. The DNA analysis phase will end in autumn.

The research may identify who is at higher risk of developing a severe Covid-19 infections, to provide them with higher protection from virus exposure. One of the objectives is developing early therapies for these most exposed categories.