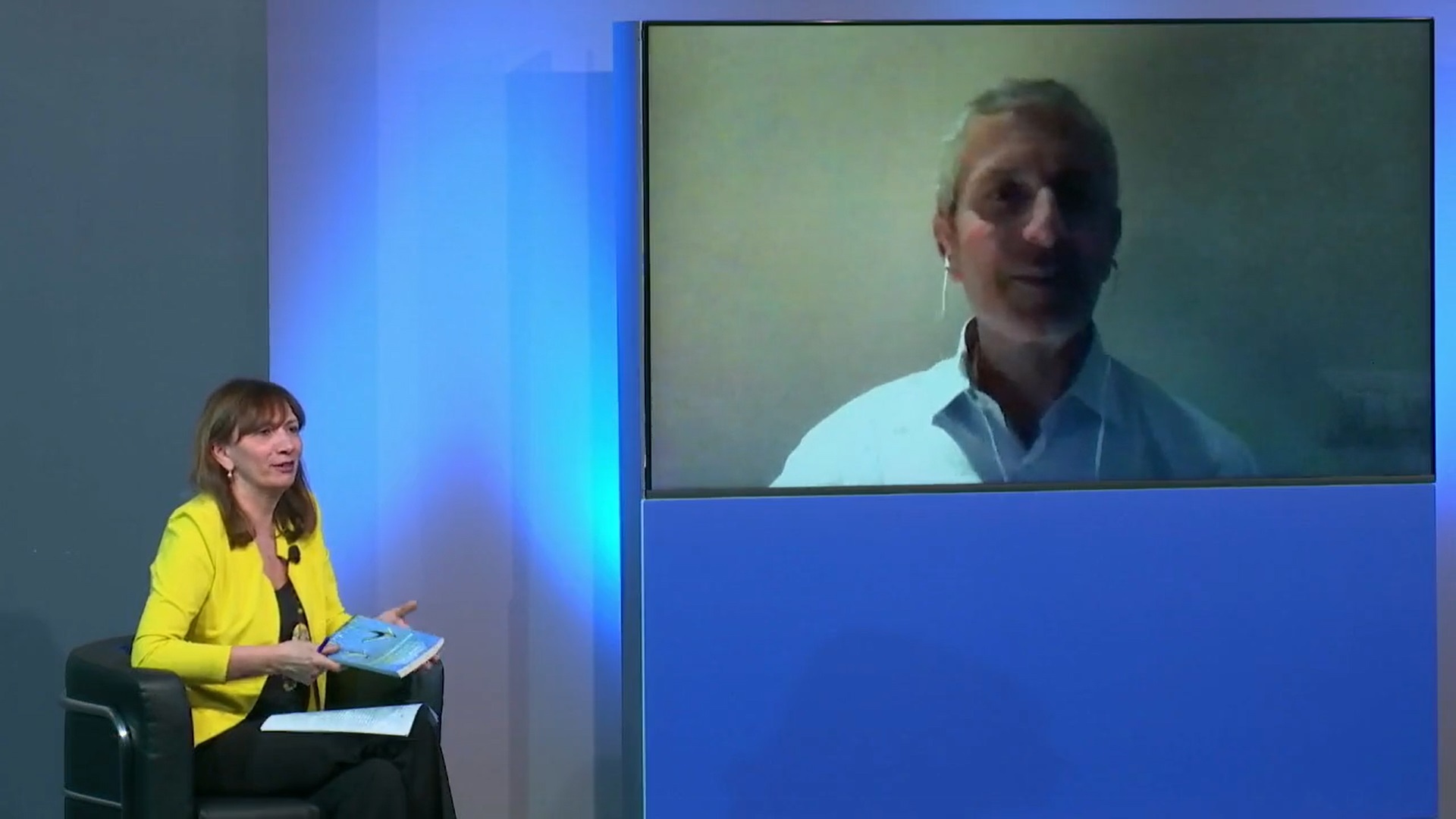 Pesenti Foundation and Corriere Foundation together to foster dialogue with the new generations.

Monday, March 15, 2021 – “About kindness and courage. Ideas for an active and responsible citizenship” was the theme of the live streaming event which took place on March 11 on Corriere della Sera’s online platforms, due to Covid restrictions.
The event, promoted within the frame of the collaboration between Corriere della Sera Foundation and Pesenti Foundation, aimed at continuing the commitment to boost intergenerational communication.

Students of the master program in Media Relations and Communication of the Catholic University of Milan and two winners of “Intercultura” scholarships, coordinated by the journalist Elisabetta Soglio, met Gianrico Carofiglio, author of “About kindness and courage. Breviary of politics and other stuffs” published by Feltrinelli, to discuss in-depth relevant topics such as responsibility, politics and active citizenship.

Beatrice Moioli and Julia Szewczyk, who spent a period in the US and Hong Kong respectively, thanks to scholarships supported by Pesenti Foundation as part of the Intercultura student exchange program, opened the debate by questioning the writer, based on her first-hand experiences abroad.

Beatrice focused the debate on the capability of the Italian school on training and practising dialogue. The book by the Apulian writer starts – in fact – by presenting the idea that there are no absolute truths, but only “possible truths”, to be investigated through the dialogue.

“I found confirmation of this in my personal experience, I learned not to judge and to listen to people with different background than mine” said Beatrice, who is now studying anthropology, religions, and oriental civilizations at the University of Bologna.

“Accepting the idea that our vision is always altered by passions, desires and interests is a key perspective. To achieve objectivity, it is necessary to listen and understand. It’s hard and that’s why we prefer to judge” replied Carofiglio highlighting the importance of a “flexible” society capable of reacting positively to changes.

Julia, a student at the fourth year of the «Mascheroni» high school (Bergamo, Northern Italy), pointed out the theme of courage, questioning the role of schools and institutions in helping young people to metaphorically take-off and not to be labelled as «overgrown toddlers».

“They can do it by pushing themselves out of the comfort zone, accepting uncertainty, which the English poet John Keats called the zone of negative capability “, replied the writer. Julia then questioned which are the levers to be truly an active citizen. “Awareness and activeness are the prerequisites for being a citizen”, underlined Carofiglio.

Afterwards, the students of the Master program in Media Relations led the debate on how to educate new generations (who will govern the country in the future) to kindness, and, therefore, to face “conflicts” – that do not bring destruction – , and to courage, as the opposite of resignation and indifference.

A key point to which Carofiglio replied: “It is necessary to educate, through a non-hierarchical debate, not to take anything for granted, and to develop a critical sense, which is formed with the exercise of courage, having clear the fact that often there are no right or wrong answers, and more generally, suggesting a change in the educational approach of the school”.

Carofiglio in his answer clarified the meaning of kindness, which means taking into account the point of view of the others and listening to them: it is the tool to face existence and conflict, starting from the assumption that a conflict itself is inevitable and it is not always a negative issue: it is an essential mechanism that comes from the meeting of different and sometimes incompatible ideas and from which knowledge itself is generated, making possible the growth of civilization.