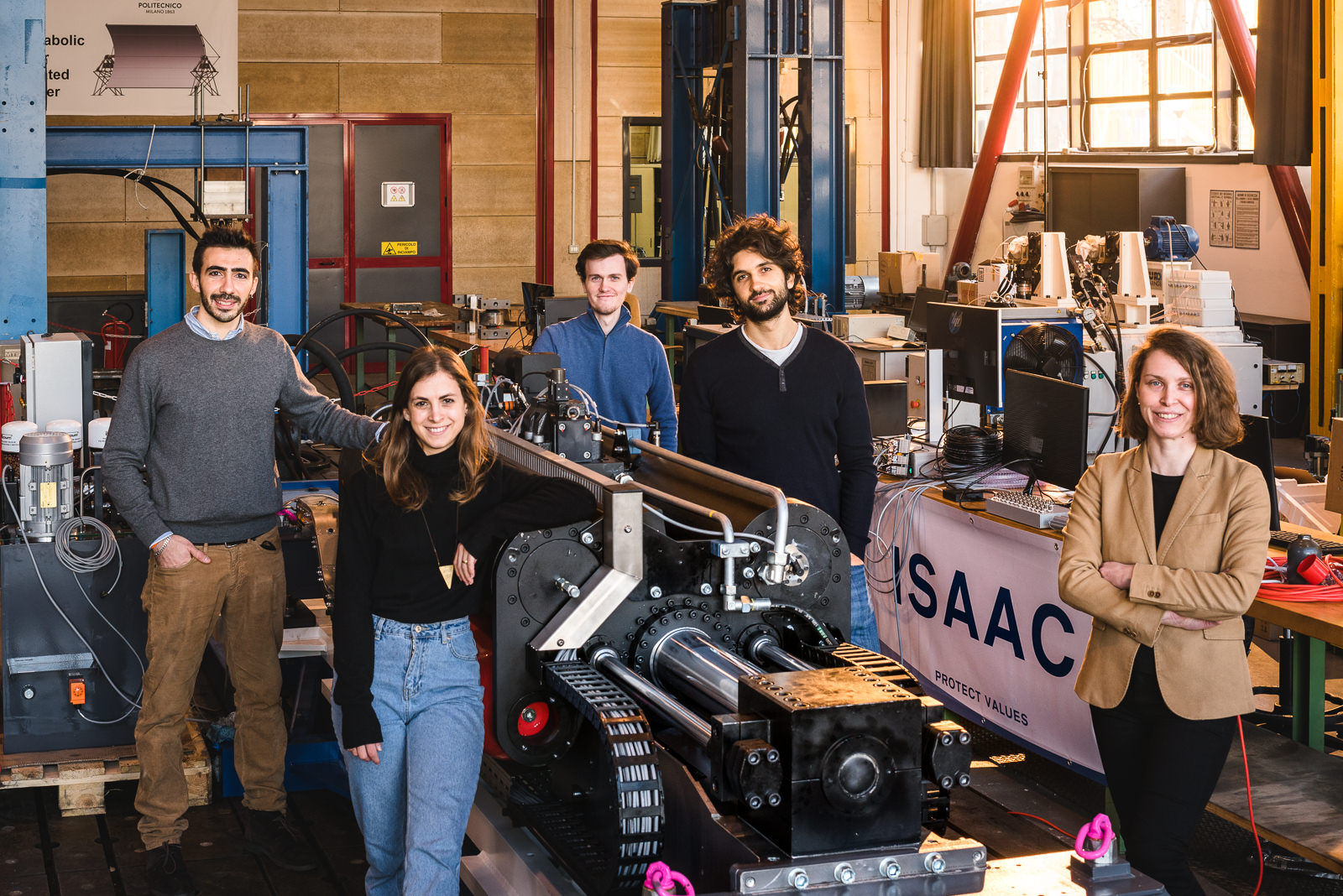 February 2021 – ISAAC Antisismica, the start-up awarded within the framework of SHaReD Call for Proposals (a challenge launched in February 2019 by Fondazione Pesenti and Speed MI Up, the Bocconi University business incubator, aimed at facilitating  the creation and development of innovative startups for emergencies’ prevention and management) is ready to intentionally “shake the ground in laboratory” on two buildings at Eucentre, the European Centre for Training and Research in Earthquake Engineering in Pavia.

Terremoto ISAAC is the experimental campaign to test the I-Pro 1, the first smart self-adaptive seismic protection system, for existing buildings. During a seismic event, I‑Pro 1 minimizes the oscillations of the structure by generating forces on the building roof to counteract the effect of the earthquake so reducing the risks of damage or potential collapse.

During the test, two buildings, one equipped with I-Pro 1 and the other one without, will be subjected to “earthquakes”, allowing the project’s managers to point out what happen to the two structures and the relevant damages, in case of an increasing intensity seismic event. To this purpose, the two reinforced concrete buildings buffered in brick were designed and built in the same way, bound to the same base, and positioned on the artificial seismic system.

The actual standard of seismic engineering is to numerically analyse and simulate with software the seismic improvement made to a building thanks to interventions aimed at modifying its structural response (reinforcements, insulators, energy dissipation devices, …), without experimentally verifying their effectiveness in case of an earthquake. ISAAC has decided to go further by testing the behaviour of its technology by simulating a real earthquake in the laboratory.