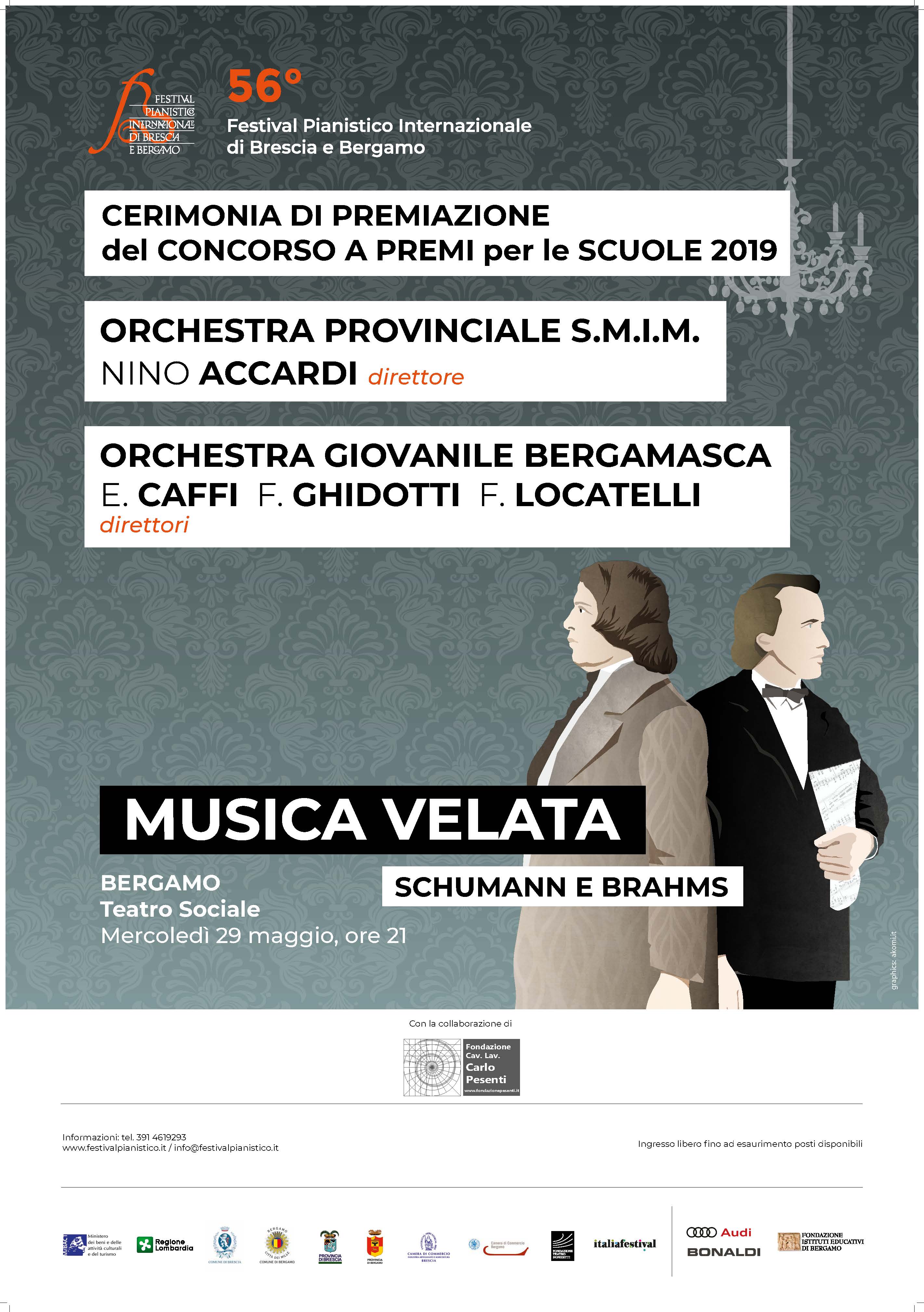 Wednesday 29 May – The award ceremony of the School Competition 2019 was held at the Teatro Sociale di Bergamo Alta, in the context of the 56th International Piano Festival of Brescia and Bergamo.

Winner of the School Competition 2019 was Adela Mhilli of the Primary School “Maria Piazzoli”, Ranica.

The Jury also awarded the III A and IV A classes of the San Pellegrino Terme Comprehensive School.

A long-time supporter of the initiative, the Pesenti Foundation intends to promote and encourage the growth of new generations, on the fundament of an educational path and cultural knowledge acquisition. Conservatory students perform in schools, answering questions and sharing stories, for a music to be heard, to be seen, to be known and… to be touched. Likewise, in gratitude for the year-long collaboration with the S.M.I.M. Provincial Orchestra and the Bergamo Youth Orchestra, performing at the competition award ceremonies, the Festival awarded them as important local musical institutions,  with the wish they could perform on the Festival stage in the near future. Two special awards were also presented to the orchestras’ outstanding representatives, professors Edoardo Caffi and Katia Vestri. Winner of the School Competition 2019 was Adela Mhilli of the Primary School “Maria Piazzoli”, Ranica. The Jury also awarded the III A and IV A classes of the San Pellegrino Terme Comprehensive School. The 56th edition of the Festival focused on the most beautiful and inspired pieces of Romantic music, with the evocative title “Veiled Music”, celebrating the works of Schumann (the Maestro) and Brahms (the Student).