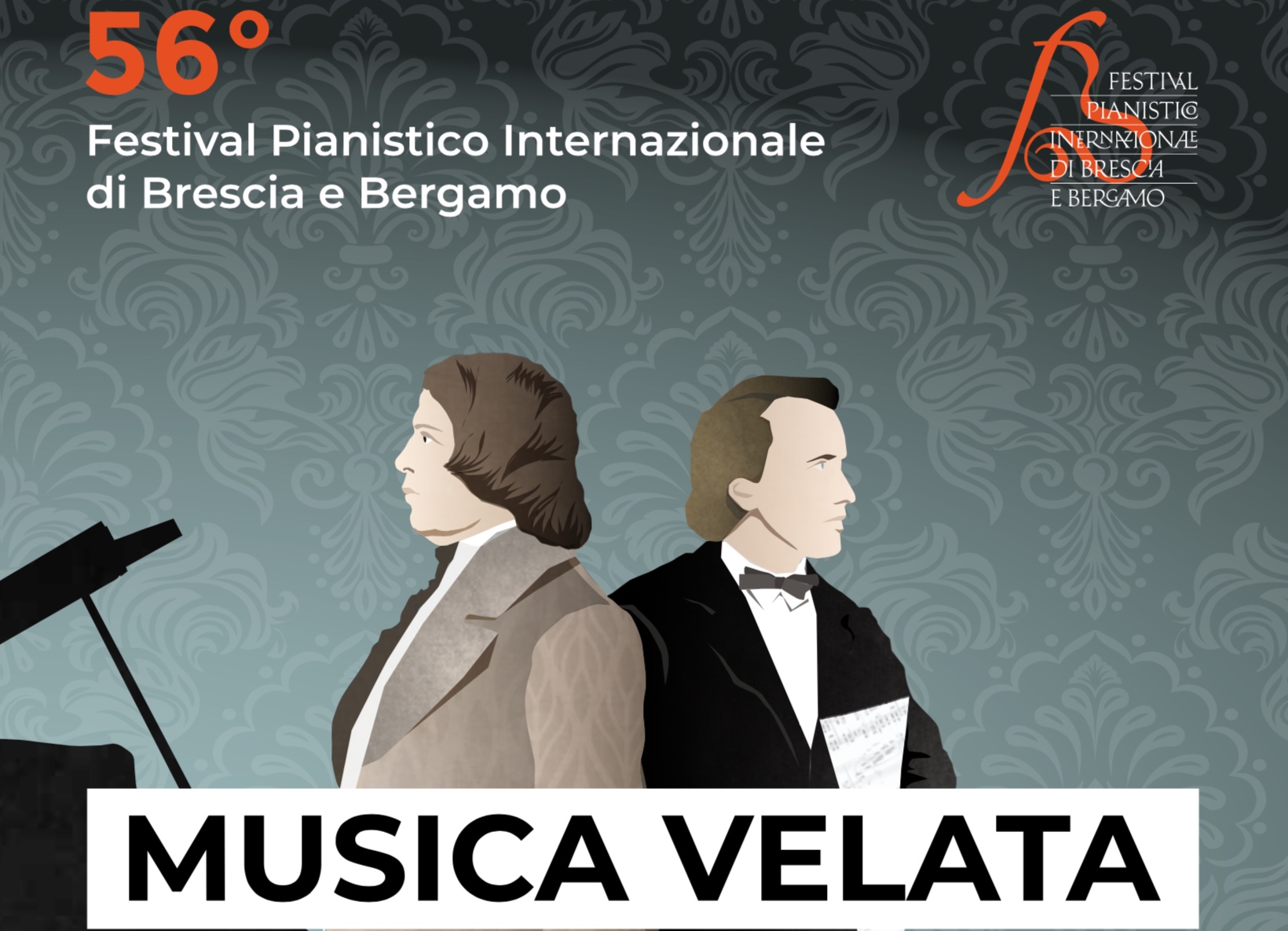 “Veiled Music. Schumann and Brahms” is the theme of the 56° edition of the International Piano Festival of Brescia and Bergamo, from 15 April to 10 June 2019.

The Pesenti Foundation confirms its support for the “Prize Competition for students from first- and second-grade High Schools, Universities and Conservatories”, aiming at “helping new generations to open up to the world and live as good and responsible citizens in a society paying due regard to the preservation and promotion of artistic and cultural wealth.”.

The Foundation is firmly committed to educate and train the new generations to pursue excellence in culture, research and innovative entrepreneurship. Providing students with tools and opportunities for personal and professional growth. Promoting educational initiatives to encourage and better prepare them in their journey of growth and the development of new knowledge relevant to a successful future. Enriching communities by enriching young people.

6 febbraio 2019 – 6 febbraio 2019 – 6 February 2019 – The Festival’s 2019 edition was announced to the media and the public at the traditional press conferences in Brescia at Palazzo Loggia and in Bergamo at Palazzo Polli Stoppani. The Festival will open with “Ein deutches Requiem” by Brahms, exceptionally performed by the Basel Symphony Orchestra and the MDR Leipzig Choir. As every year, the Festival will open first in Bergamo, on Monday 15 April, and the following day, Tuesday 16, in Brescia.

1853 was the year that changed young Brahms’ life. At the age of 20, he presented himself at Schumann’s home with the hope of being received by him. Schumann not only received Brahms but immediately recognized his genius and loved him like a son. An extraordinary story about friendship and life that marked the entire existence of both Johannes Brahms and Clara Schumann and did not end with Schumann’s death. Out of love and sincere devotion Clara and Johannes spent their whole lives to ensure that Robert’s music would not be forgotten.

Many new debuts, among which the Italian premiere performance of the young Russian pianists Ivan Bessonov, 16, in concert in Bergamo, and Alexandra Dovgan, 12, who will perform in the Auditorium San Barnaba in Brescia. Among the under-35s, George Li, silver medalist at the 2015 Tchaikovsky piano competition, known as one of the most talented and creative young pianists, and Sunwook Kim, Korean pianist who won the Leeds Competition in 2006, as a soloist with the Belgian National Orchestra.

For the first time the Festival will host Stefano Bollani with the Bologna Philharmonic Orchestra, conducted by Kristjan Järvi, on May 16th for an out-of-season concert at the Creberg Theater in Bergamo combining classical and jazz influences.

Many big international stars will come back and join the Festival this year again, including Grigory Sokolov, Arcadi Volodos e Misha Maisky, but also orchestras like the Royal Philharmonic Orchestra, conducted this time by Pier Carlo Orizio, and the Budapest Festival Orchestra conducted by Ivan Fischer.

For the first time the Festival will feature Stefano Bollani with the Bologna Philharmonic Orchestra, conducted by Kristjan Järvi, for one date, on May 16th at the Creberg Theater.

The non-subscription evening, within the 56th edition, inaugurates the collaboration with the Bergamo Jazz Festival, one of the leading musical organizations in Bergamo.


THE PIANO FESTIVAL: A 56-YEAR-LONG-STORY

The Festival Pianistico Internazionale di Brescia e Bergamo is one of the major world musical events and it is expressly dedicated to the piano, both as a solo instrument and as a prestigious partner of important orchestras.

The Festival was founded in 1964 by M° Agostino Orizio and it hosted herehence the most sought-after international soloists and orchestras in charming venues such as the Teatro Grande in Brescia and the Teatro Donizetti in Bergamo.

One of the distinguishing characteristics of the Festival is its theme-structure: this means that the Festival develops around a central idea that can be a composer, a cultural environment or a specific historic period.

In 1986 the Festival was awarded the Premio Abbiati della critica musicale italiana and the Listz Medal from the Hungarian Ministry of Culture. The Festival is founding member of Italiafestival, it is placed under the patronage of the Presidente of the Italian Republic, and since 1992 it is also patronized by the President of the European Parliament.

Important changes have happened in the last years , such as the handover of the Artistic Direction from Agostino Orizio to his son Piercarlo, and the appointment of Andrea Gibellini as President, succeding Filippo Siebaneck.

Under the guidance of Pier Carlo Orizio, the Festival has taken a new direction which places side by side contemporary music and the vast classic repertoire. This is what occurred for example in 2007, when the Festival put the figure of Beethoven near that of Arvo Pärt, in 2008, with the focus on Chopin and Berstein, and in 2009, when the Festival, which was dedicated to China, saw the participant of Tan Dun.

2012 edition will be remembered for the exceptional prologue with Riccardo Muti conducting the Chicago Symphony Orchestra.

In 2013 the Festival celebrated its 50th birthday inviting the Polish composer and conductor Krzystof Penderecki and the London Symphony Orchestra with Antonio Pappano.