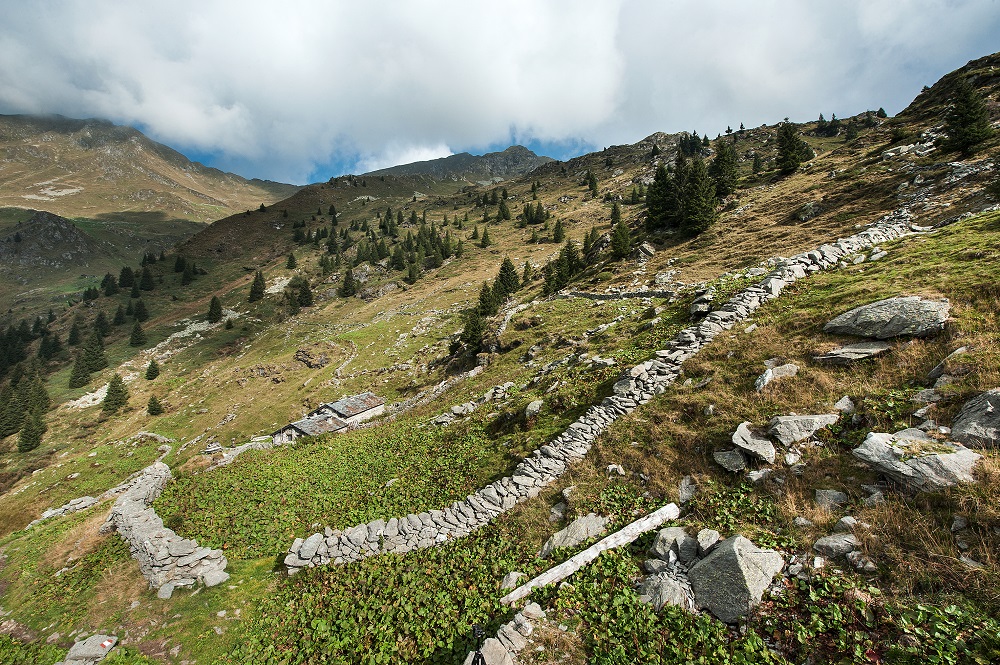 The Pesenti Foundation will support the 2019 Milano Montagna Festival with a photo exhibition hosted at BASE: “Civiltà dell‘Alpeggio” of the photographer Marco Mazzoleni about the mountains in the Bergamo area, from a sustainable tourism perspective. Milano Montagna Festival & Fuori Festival is the event dedicated to mountain and outdoor culture and sports. After the success of its four editions, Milano Montagna Festival becomes Fuori Festival: many events that will take place in Milano. during the week from 22 to 28 October. The main theme of this year are the Traces that we leave behind our passage. From those who are left in the collective and personal imaginary by mountaineers, explorers, climbers, skiers, writers and film directors to those that the mountains leave inside of us.

First among international guests Michela Moioli, , gold medalist in snowboard cross at the Olympic Games in Pyeongchang 2018, and Andrzej Bargiel, who has completed this summer the first complete descent of K2, previously thought not to be possible.

Along with him many more international athletes, mountaneers, freeriders and explorers such as Hansjörg Auer, Xavier de le Rue, Matteo della Bordella, Arianna Tricomi, Markus Eder, Ettore Personnettaz, Shanty Cipolli, Luca Albrisi, Stefano Ruzza, Franco Collè and Eric Hjorleifson and many more. cThey will talk about the challenges, impossible for decades, that have been now accomplished thanks to the long series of snowfalls of the winter season 2018.

The Festival also has a rich program of international film premieres such as Hoji with Eric Hjorleifson, Sky Piercer with Xavier de le Rue, Sam Smoothy and Nadine Wallner, and Duality with the four athletes of Trailrunning Team Vibram: Yulia Baykova, Audrey Bassac, Juliette Blanchet and Uxue Frail. Moreover there will be a series of retrospectives of films that have made the history of mountain cinematography, book presentation and scientific talks. We will also host the presentation of an academic project about the first Italian natural park with circular economy promoted by the Bocconi University. There will be, as every year, action sport and leisure moments dedicated to families and children (from 5 years old) thanks to CAI Milano and their climbing wall.

The Festival will feature for the first time this year the Biblioteca Milano Montagna: a collection of mountain books to inspire everyone.

Milano Montagna will also offer training moments to schools to promote a conscious approach to sports and the strong educational value of mountains, offering students opportunities for training and confrontation with athletes and scientists.

For the first time, this year’s edition will feature the Fuori Festival circuit, which aims to bring mountains into the heart of the city, thanks to the partnership with CAI Milano that will organize free activities of Nordic walking, orienteering, the tracking of the Monte Stella trail and a taste of the environment Alpine experience with the CAI “Mediolanum”..

The Fuori Festival program will involve other important Milanese institutions such as the MUBA Museum of Kids Milan, the Leonardo Da Vinci National Science and Technology Museum, the Ulrico Hoepli Planetarium, SEA Milan Airports, the Milan Library System and the Italian Touring Club, as well as sports and outdoor stores, climbing gyms, bookshops, restaurants and cultural and sporting associations with events dedicated to sports, culture and mountain food enthusiasts, leaving mountain traces in the city.