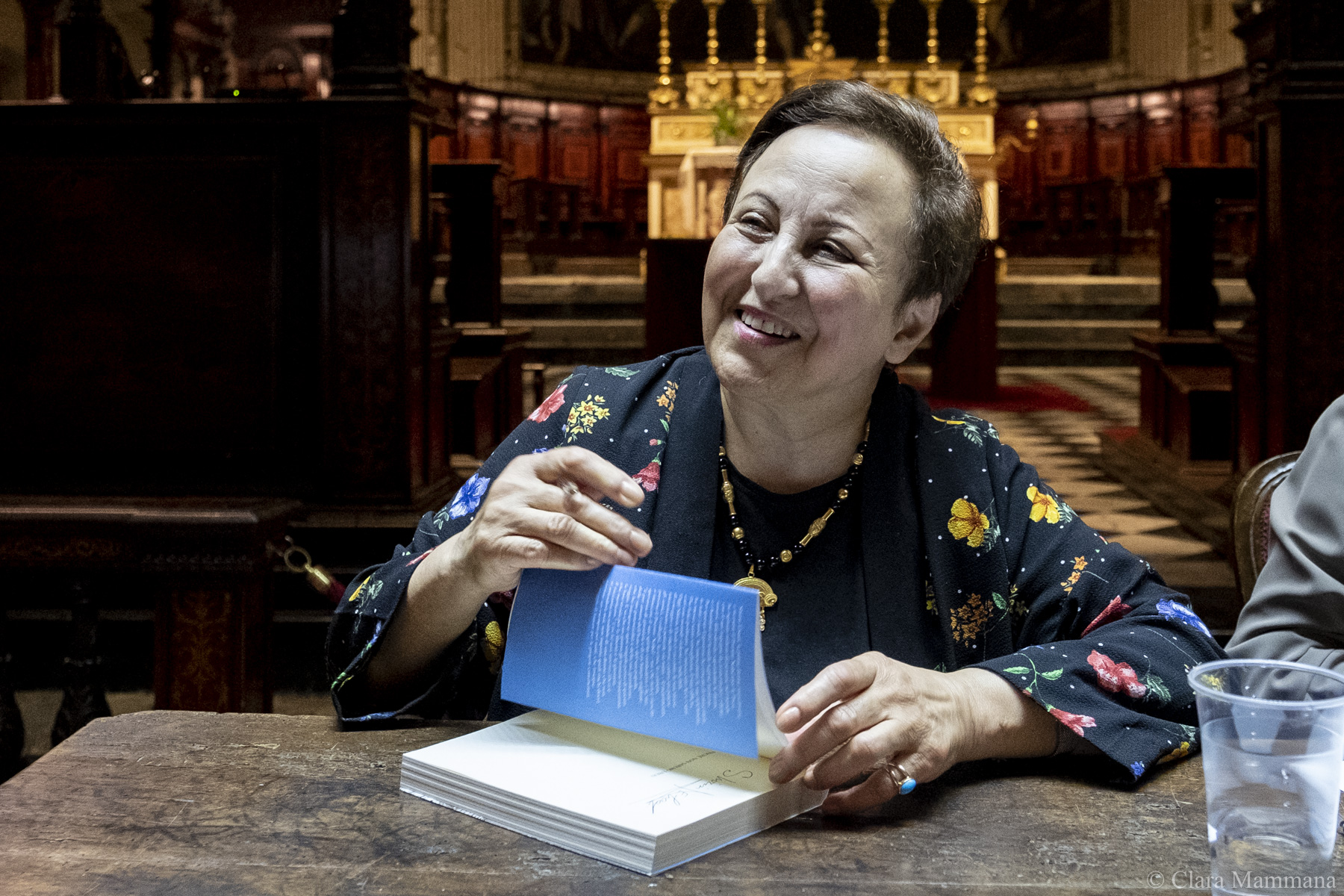 Thursday, September 20 – Shirin Ebadi, Nobel Peace Prize Laureate, inaugurates the cycle of meetings titled “TALKING ABOUT THE FUTURE” in the framework of the festival MOLTE FEDI 2018, with a speech about “A life of revolution and hope” at the Basilica S. Maria Maggiore – Città Alta, Bergamo.

The initiative is promoted by ACLI Bergamo, with the support of the Pesenti Foundation.

Shirin Ebadi was awarded the 2003 Nobel Peace Prize for her efforts to promote human rights, in particular, the rights of women, children, and political prisoners in Iran.

She is the first Muslim woman to receive the Nobel Peace Prize, and only the fifth Muslim to receive a Nobel Prize in any field.

Shirin Ebadi was one of the first female judges in Iran. She served as president of the city court of Tehran from 1975 to 1979 and was the first Iranian woman to achieve Chief Justice status. She, along with other women judges, was dismissed from that position after the Islamic Revolution in February 1979. She was made a clerk in the court she had once presided over, until she petitioned for early retirement.

After obtaining her lawyer’s license in 1992, Shirin Ebadi set up private practice. As a lawyer, Shirin Ebadi has taken on many controversial cases defending political dissidents and as a result has been arrested numerous times.

In addition to being an internationally-recognized advocate of human rights, she has also established many non-governmental organizations in Iran, including the Million Signatures Campaign, a campaign demanding an end to legal discrimination against women in Iranian law.

Shirin Ebadi is a university professor and often students from outside Iran take part in her human rights training courses. She has published over 70 articles and 13 books dedicated to various aspects of human rights, some of which have been published by UNICEF.

In 2004, she was named by Forbes Magazine as one of the 100 most powerful women in the world.

“Iran Awakening: A Memoir of Revolution and Hope”, was published by Random House in May 2006 in English, French and German. It has published in 13 other languages. Her latest book is the “Colden Cage”.

In January 2006, along with sister Laureate Jody Williams, Shirin Ebadi took the lead in establishing the Nobel Women’s Initiative.

Shirin Ebadi left Iran for a conference the day before President Mahmoud Ahmadinejad’s re-election and has not returned since.