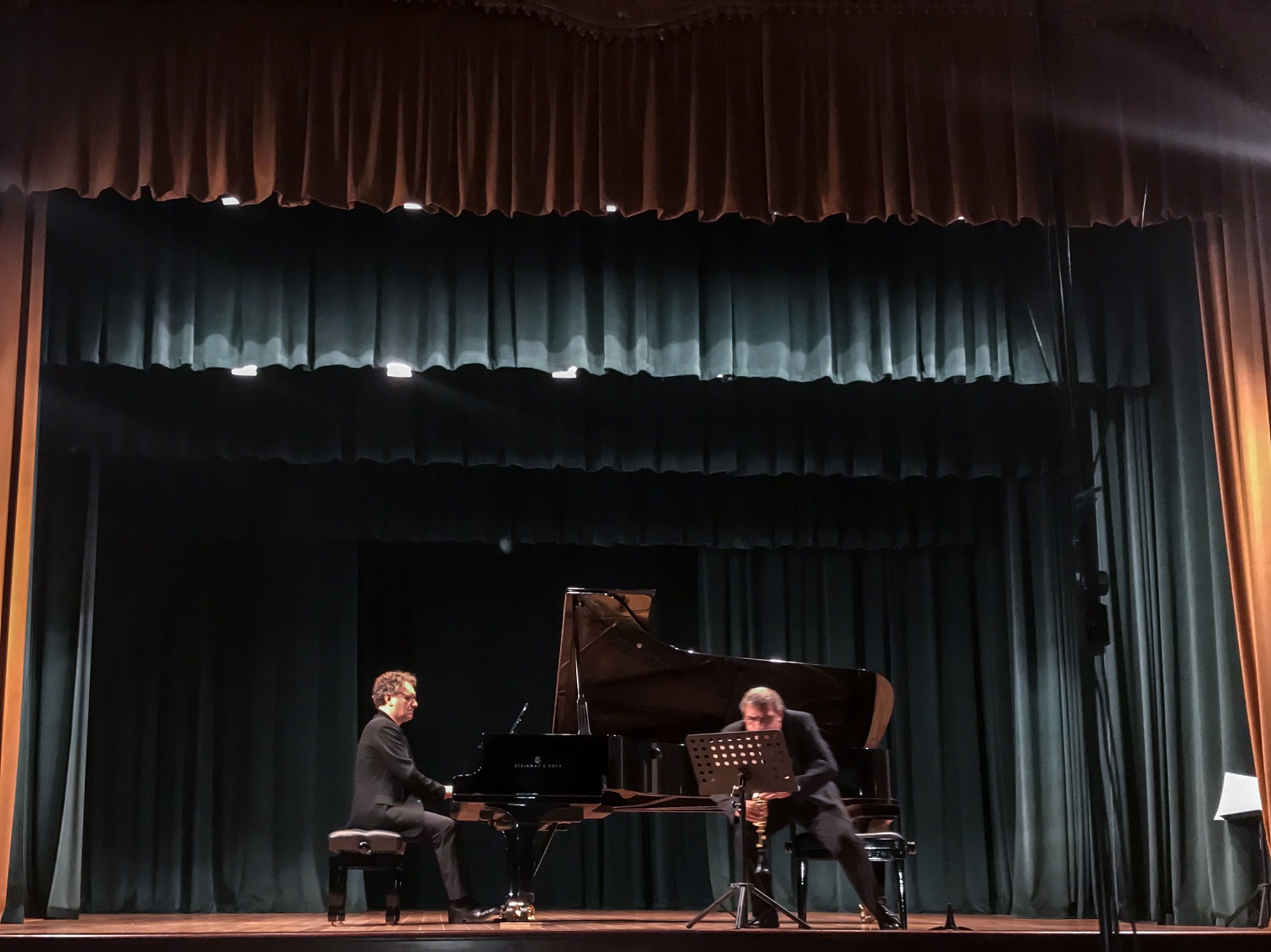 This year again, the Pesenti Foundation supports the “Sala Greppi” Association in the organization of the International Music Festival “Autumn Concerts” 2018, now in its 37th edition.

The opening concert on September 20th–dedicated to the Pesenti Foundation–will feature Gabriele Mirabassi on clarinet and Andrea Lucchesini on piano. The evening will focus on Latin American music and, in particular, on a selection of Jobim songs arranged for clarinet. He graduated with honors from the Music Conservatory “Francesco Morlacchi” of Perugia in clarinet performance in 1986.

He founded his own trio called Canto di Ebano (Ebony Chant), with which he received the Arrigo Polillo Critics Prize as best record of the year TopJazz 2008.

Particularly interested in the definition of a musical poetics that joins the cultured with the popular repertoire, he has a rich program of solo works for clarinet and string orchestra written specially for him. Trained under the guidance of Maria Tipo, Andrea Lucchesini gained international recognition at a very young age when he won the “Dino Ciani” International Competition at the Teatro alla Scala in Milan. Since then he has performed throughout the world with leading orchestras under conductors such as Claudio Abbado, Semyon Bychkov, Riccardo Chailly, Dennis Russell Davies, Charles Dutoit, Daniel Harding, Vladimir Jurowski and Giuseppe Sinopoli.

His wide-ranging repertoire includes works from classical to contemporary music. In 1994 he was awarded the Accademia Musicale Chigiana International Prize and in 1995 the Franco Abbiati Prize.

A milestone of his professional life is the close collaboration with the composer Luciano Berio with whom Lucchesini witnessed the creation of his challenging work for solo piano, Sonata, which Lucchesini performed worldwide.

Equally important are his performances of the complete cycle of Beethoven’s 32 piano sonatas in the major international concert venues.

Since 1990 the pianist has dedicated his attention also to chamber music exploring various formations and varied repertoire, including a collaboration with cellist Mario Brunello.

Andrea Lucchesini is passionately dedicated to teaching. He currently teaches at the Scuola di Musica di Fiesole where he was also artistic director from 2008 until 2016. He was appointed Accademico di Santa Cecilia in 2008. He is frequently invited to give master classes at major music institutions throughout Europe and serves as a jury member in numerous international piano competitions.