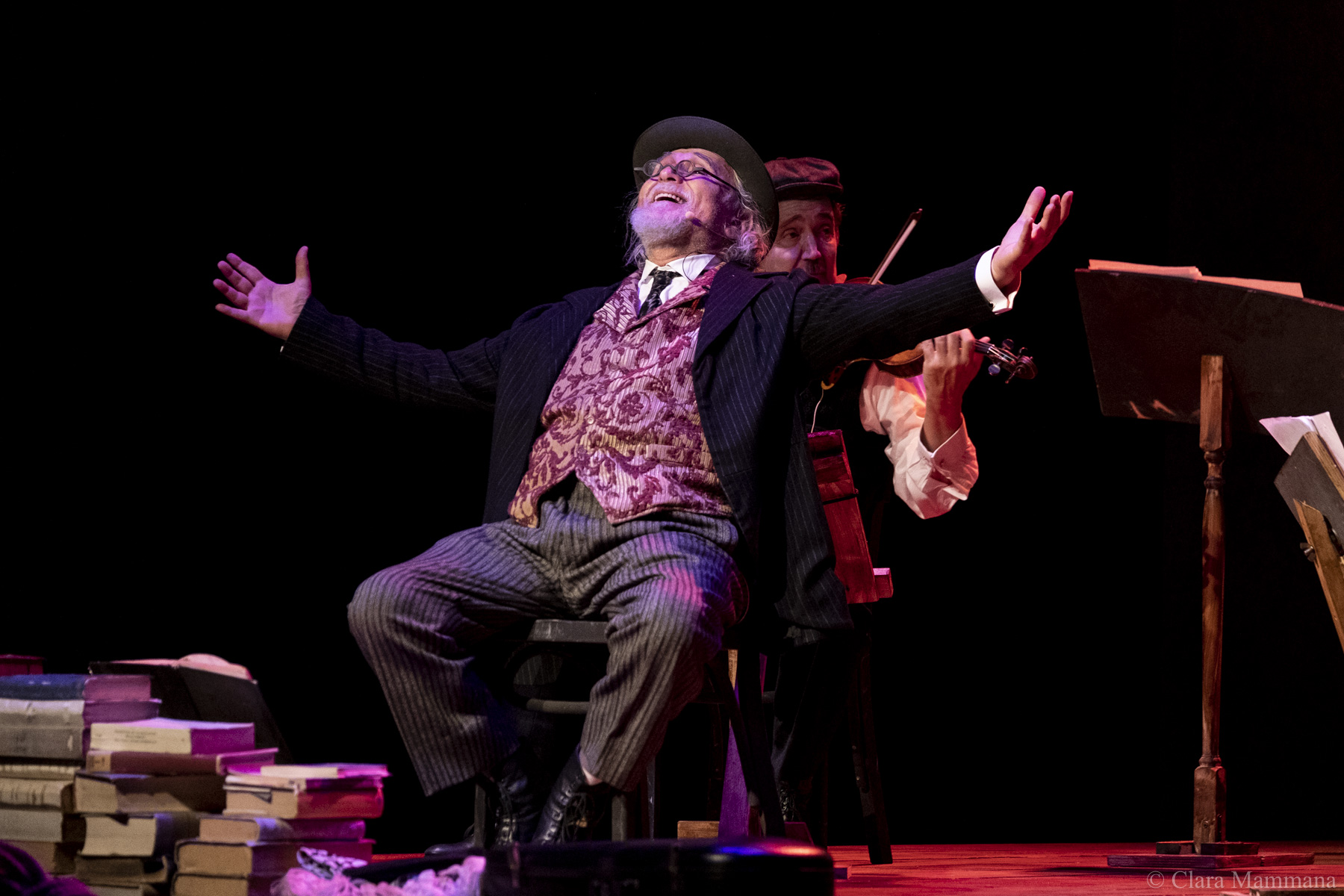 The initiative is promoted by ACLI Bergamo, with the support of the Pesenti Foundation. Simkha Rabinovich and his fellow travelers return to continue the story of Jews, a people of exile. Their music and songs evoke the melodies that those large-small-micro communities had composed to celebrate feasts and rites of passage. They tell the story of these people and their reflections, in search of an “ineffable” divinity, present yet absent, existent and non-existent, father and mother, a savior who seeks redemption in the march of women, men and living creatures towards a world of justice and peace. Moni Ovadia is one of the most prestigious and popular intellectuals and artists of the Italian scene. His musical theater that he has spread and given a contemporary interpretation, it’s inspired by the Yiddish culture, and it is unique in its kind in Italy as well as in Europe.

Born in Plovdiv, Bulgaria in 1946, to a Jewish family of Sephardic origins. After graduating from University with a degree in Political Sciences, he begins his artistic career as a researcher, singer and performer of ethnic and popular music from many countries. In 1984, he initiates his theatrical path: early on, he collaborates with international artists such as Bolek Polivka, Tadeusz Kantor, Franco Parenti; later, he becomes the author, director, actor and company head of his own brand of “musical theatre”, in which previous experiences combine with his extraordinary gifts as an entertainer, orator and humorist. The central theme linking together his shows and his vast production of recordings and written publications, is the composite and multifaceted tradition, the “cultural and actual wanderings” of the Jewish people, of which he is son and representative, and the continuous immersion in different sounds and languages inherited from a culture which dictatorships and totalitarian ideologies of the 1900’s tried to erase,from the face of the earth, treasures for future memory.