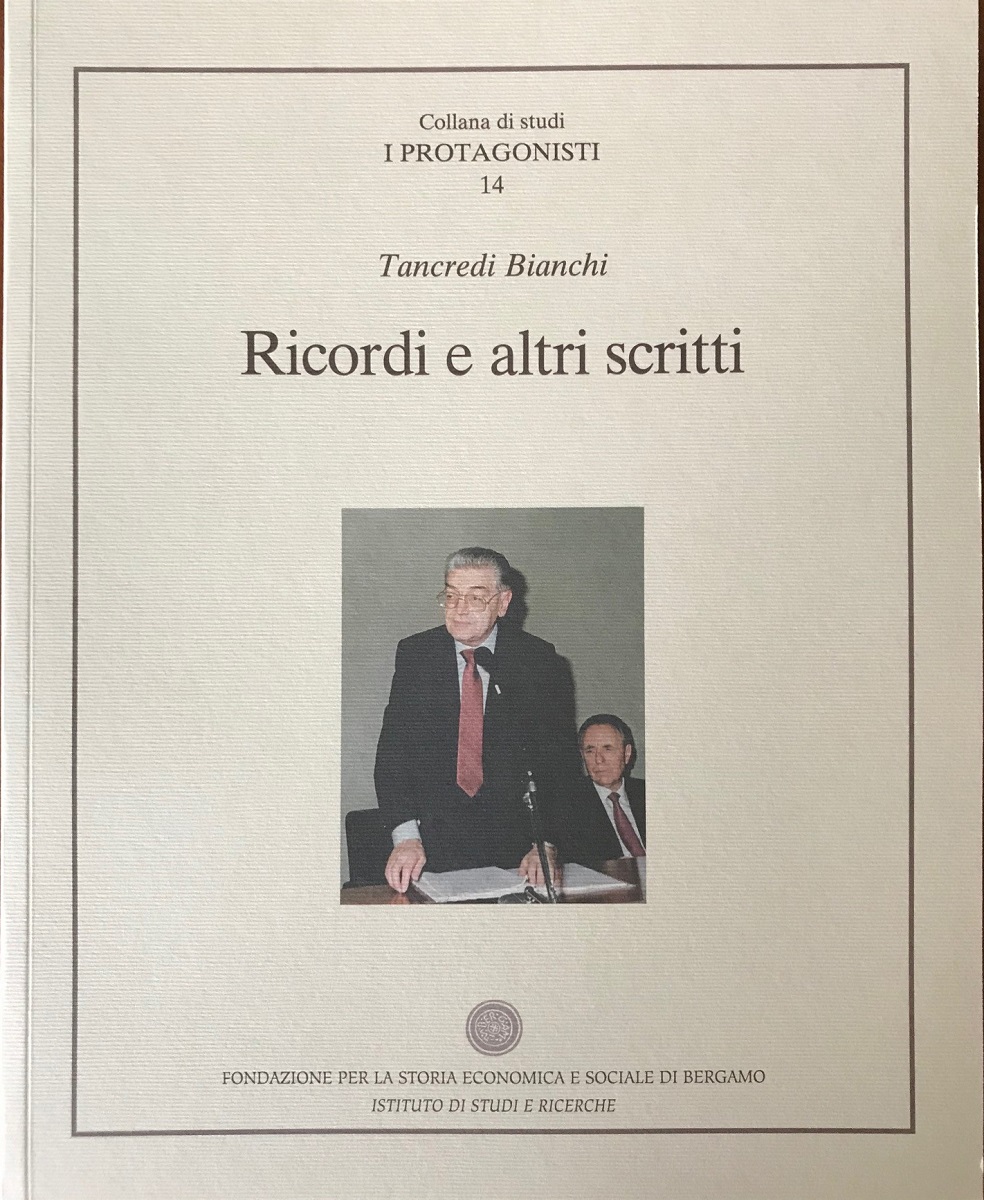 The Pesenti Foundation significantly contributes to important initiatives aimed at encouraging and promoting scientific and economic studies and research, and disseminating local cultural and social issues.

Among the many projects managed by the Bergamo Economic and Social History Foundation the Pesenti Foundation has enhanced the production and dissemination to schools of the books Attilio e Gino Rota: politica, economia e istituzioni negli anni dello sviluppo bergamasco (1856-1963) (Attilio and Gino Rota: politics, economy and institutions during the years of the Bergamo region development) curated by Ivano Sonzogni, and Ricordi e altri scritti by professor Tancredi Bianchi.

THE HISTORY OF BERGAMO ECONOMIC AND SOCIAL HISTORY FOUNDATION

The Bergamo Economic and Social History Foundation’s commitment is to favor, support and promote high-level scientific studies and research on the economic, social and institutional history of the region and the people of Bergamo. Founded in 1988 by five committed founding members, it has gradually established co-operative partnerships with main cultural organizations, public institutions and leading locally-based companies to boost research and dissemination projects focused on the drivers of economic and social growth in the Bergamo region.

In addition to the monumental collection Storia Economica e Sociale di Bergamo (The Economic and Social History of Bergamo), the Foundation publishes: the series I Protagonisti (The Protagonists), containing both monographs on influential figures in the history of Bergamo and studies on business history, outlined along a double track; the series Studi di storia dell’economia, della società e delle istituzioni (Studies on the History of Economics, Civil Society and Institutions), emanated from a broad research analysis; and the specialist series Studi di storia della sanità (History of Health Studies).

ATTILIO AND GINO ROTA: POLITICS, ECONOMY AND INSTITUTIONS DURING THE YEARS OF THE BERGAMO REGION DEVELOPMENT

The book, 150 pages, is the political, economic and institutional biography of Attilio and Gino Rota, two protagonists of the recent history of Bergamo.

Ivano Sonzogni, author of the book, meant to wanted to return, through a massive and passionate research, the multifaceted figure of Attilio Rota, a personality characterized by a profound freedom of choices and a great moral rigor, which was able to impersonate the great traditional values of the family, integrating them with those of a society and a political class in transformation. MEMORIES AND OTHER WRITINGS, BY THE PROFESSOR TANCREDI BIANCHI

The volume “Ricordi” and other writings by professor Tancredi Bianchi, published in 2018 in the “I Protagonisti” series, is a tribute of “his territory” to one of the most lucid and emblematic living personalities of the values of Bergamo’s identity and strength.

The book contains the memories of his life, from the birth in the “ancient peasant civilization” of Caravaggio on 12 June 1928 up to his important academic and professional achievements, passing through the degree and career in Bocconi and meetings with the most important political, religious and contemporary economic figures. He has authored numerous monographs and articles published in the main scientific journals of business administration and economics of financial intermediaries.