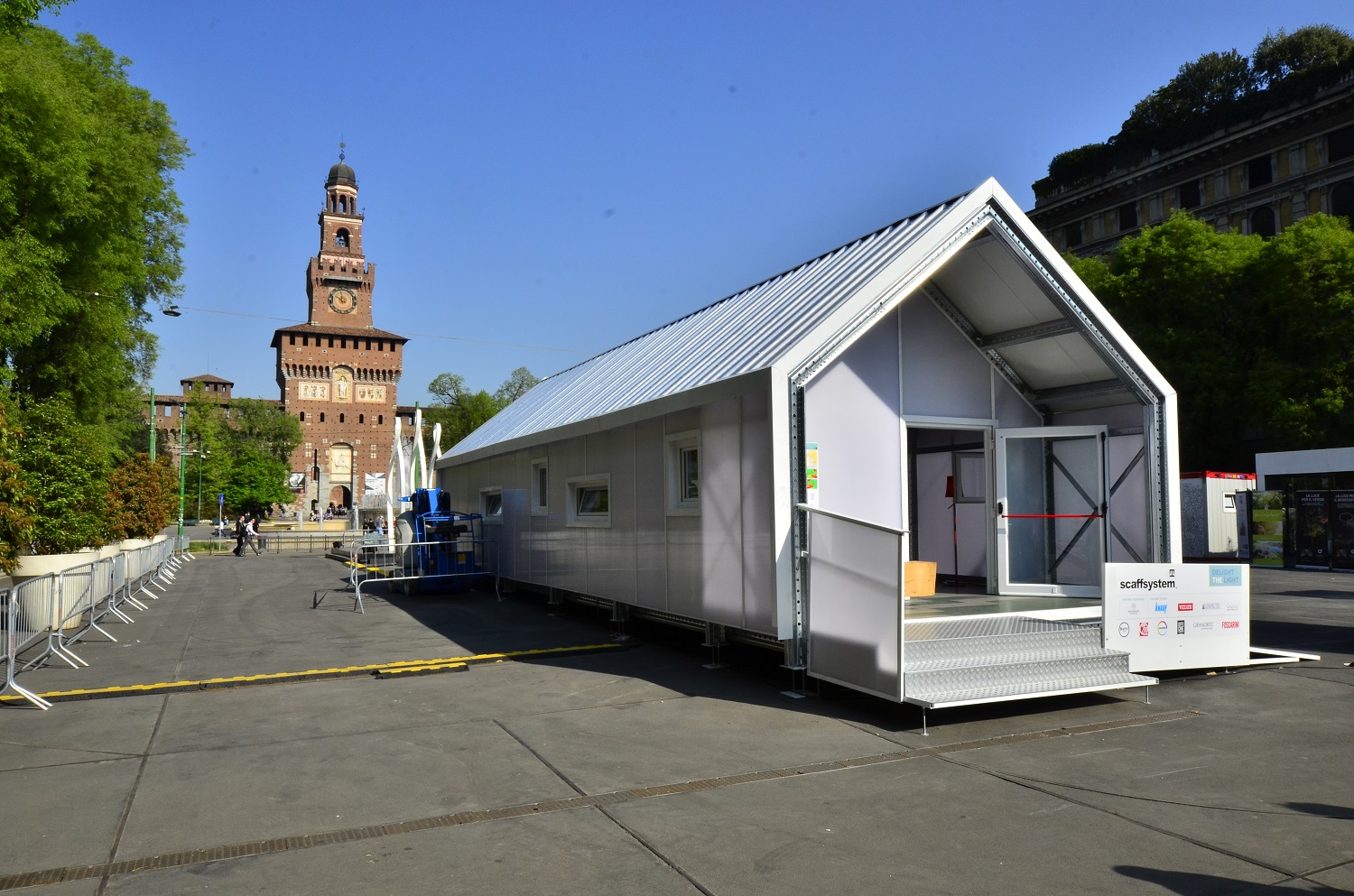 In Farim’s mission, it all began with a “limit-situation”: many children died of malnutrition and others were abandoned by their mothers who couldn’t provide for them.

To this situation the Mission Oblates of Mary Immaculate responded with the “Nutrition Center: Casa Emanuele” project under the direction of Father Carlo and with the help of two nuns from Angola. It started in a hut, but then, as the Missionary Fathers recount, “the Divine Providence helped us to build the actual Nutrition Center.”

In this case the Divine Providence was the pain of a family that had tragically lost their son Emanuele at age 18 and set out to fulfill the boy’s wish to study medicine and go to Africa as a mission doctor. As a result, thanks to their support and the help of all their friends the “Center” was actually built.

In the meantime, a Senegalese missionary had been trained as a nurse to run the Center.

Over time the Center became increasingly a sign of hope for the whole region: it hosted severely malnourished–especially from 0 to 6 months–and recovering children, as well as any other sick children requiring pediatric care, with their mothers. Mothers were trained to care for their children and children returned for follow–up visits at the Center every 15 days. But the work of the missionaries was not limited to the Center: it also included regular home visits in villages dispersed throughout a 100Km-wide forest region accessible only by tracks.

The activity at the Center was going its ordinary way, but the spaces soon became too small to accommodate all the patients. Once again, however, the Divine Providence returned to lend a hand to the missionaries.

This time it took the name of Borboleta (butterfly in Portuguese): a small steel butterfly, a closed building structure to host children suffering from glaucoma in a space protected from the risk of infections causing blindness.

The “Borboleta” Children’s—commissioned by the “Gruppo 29 Maggio” Association NGO and supported by the Lecco Campus of the Polytechnic of Milan—also received a contribution from the construction industry, which provided materials and know-how for free.

But now again, the mission is facing a new situation: the costs of nutrition products for children and mothers—mostly coming from Europe (powdered milk, sugar, oil, rice and other)—are high and difficult to sustain. It became therefore necessary to build a new structure to house a food preparation facility to meet the specific needs of children and mothers, considering that the Center supports a child from birth–and even before birth–up to 24 months.

Food processing tools were purchased to grind and dry vegetable materials in efficient way under the supervision of experts coming from the capital Bissau to help the Center start its own production.

At this time the Center just needed a building to house the tools: a 6m by 9/12m space for storage, processing and distribution.

And here again Divine Providence intervened–in the form of a steel installation designed by the Polytechnic of Milan, showcased at the Milan Design Week 2018, and shipped to Farim with the help of the Pesenti Foundation.

A structure made of prefabricated supporting elements, with the remaining parts built on site as was already done for the school building near the Mission Center, housing 500 students, and for the Mission of Cacine.

Finally, there will be all the problems associated with the physical construction, where local workers will have to be employed in addition to the free work provided by a group of volunteers and certainly there will be additional costs, but as Father Marcellino says “this time again the Divine Providence will not leave us unaided.”