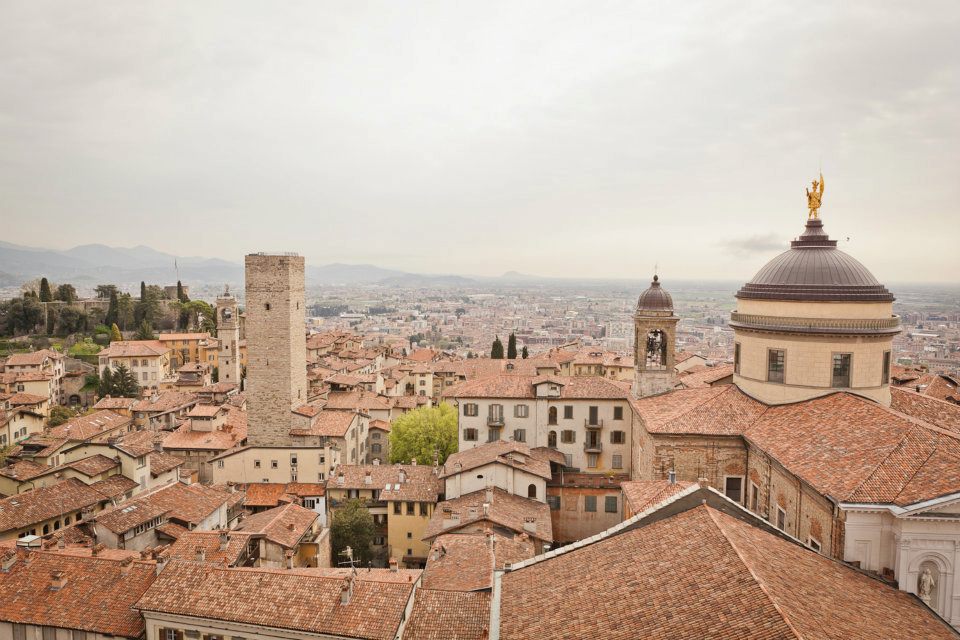 As a founding member, the Pesenti Foundation has partnered with the “Bergamo nella Storia” Foundation since its establishment in 2002, with the aim of protecting, enhancing and communicating in new ways the historical heritage and identity of Bergamo and its region.

The “Bergamo nella Storia” Foundation’s main project is “Museo delle Storie di Bergamo”, a history museum spread over several sites telling the development of the city and region over the centuries from a political, economic, social and cultural point of view.

There are six sites within the museum network. The Convent of San Francesco, the Foundation’s headquarters, with a large expository space for temporary exhibitions.

A few steps from Piazza Vecchia, you can admire a remarkable example of medieval monastic architecture rich in hidden treasures: the cloister of the arches, the cloister of the well and the chapter house reveal the long history of this building with their cycles of frescoes dating back to 14th-17th centuries. The panoramic terrace offers an unforgettable view: the intersection of two valleys, Brembana and Seriana. On the ground floor you can immerse yourself in the ancient Roman town archaeological site, and then go up to the first floor and admire the wonderful frescoes of the Renaissance inner court.

Here you find the 16th century Museum, a multimedia and interactive path made of images, sounds and suggestions, immersed in the life of the sixteenth century, among ancient palaces and convents, noble families struggling for power, ambitious merchants seeking for fortune, great leaders at the service of the Republic of Venice. The Campanone in the heart of Piazza Vecchia.

The Civic Tower, called Campanone, 52,76 meters high, offers a panoramic view of the old town. At the top of the tower you can find the largest bell in Lombardy that every night at 10pm tolls one hundred strokes as a perennial memory of the closing of the city gates, along the walls, during the Venetian domination. The Rocca, with the 19th Century Museum.

The Rocca complex, a fortress dating back to the 14th century, still bears evident traces of its military function over the centuries: from the patrol walkway to the rescue door and the bombardiers’ house, now home to the 19th Century Museum. On the first floor of the Domus Magna, behind Santa Maria Maggiore, there is a museum dedicated to the life, work and personality of Gaetano Donizetti. A fascinating journey through autograph scores, portraits, letters, objects of the great composer. Torre dei Caduti in the city center designed by Piacentini.

Passing the propylaea of Porta Nuova, in the heart of the lower town, stands the memorial dedicated to the fallen soldiers of the Great War. Inside, a fascinating itinerary tells you about the birth of the city center designed by the architect Piacentini and the life of the town around the tower, which has become a symbol of modern Bergamo.

Six places, each with its own identity, but linked by a unitary and organic project to narrate the entire history of Bergamo – from the Roman era to the 20th century – through its stories.