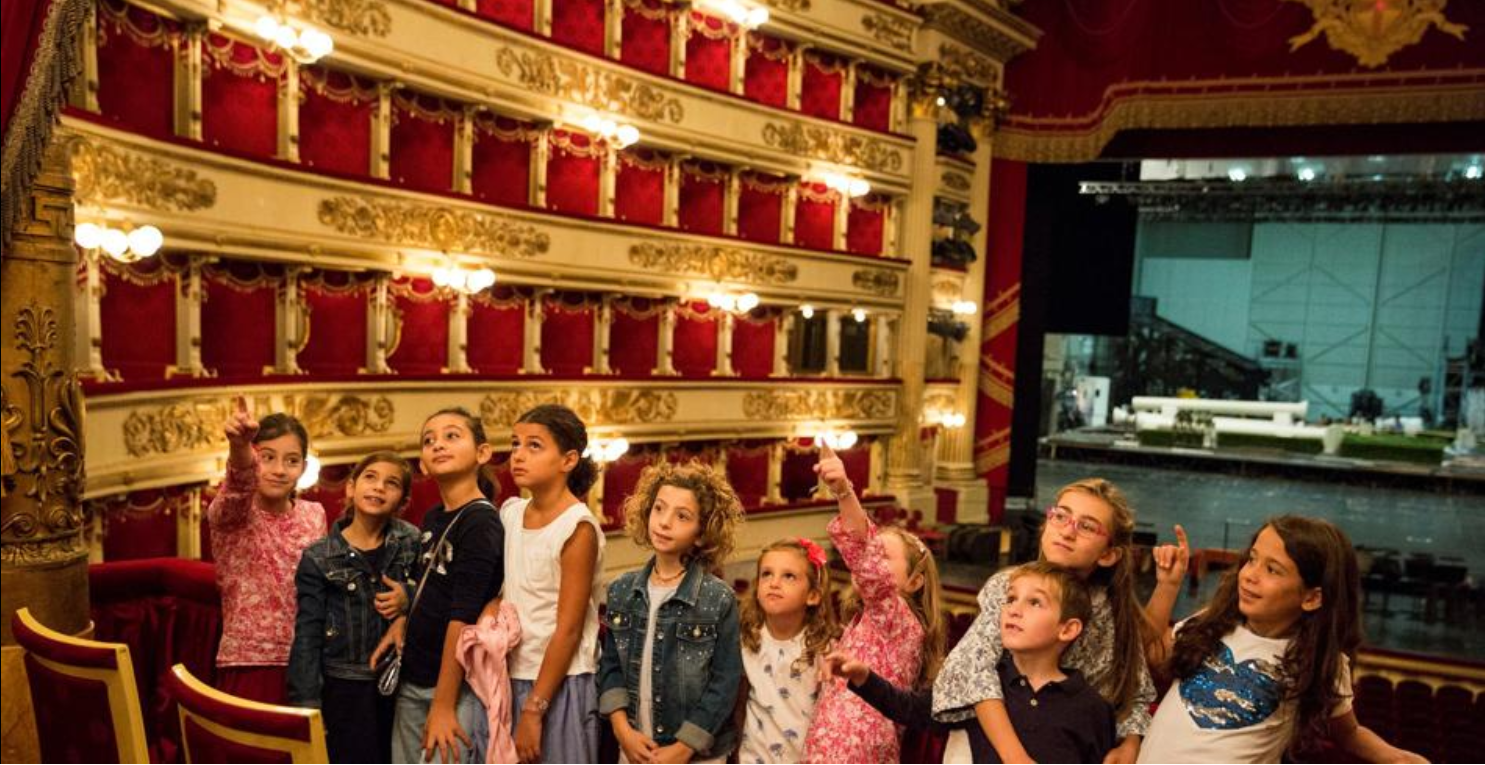 Milan, 30 May 2018 – The collaboration between the Italmobiliare Group and La Scala Opera House in Milan continues—aiming to the valorization of Italy’s cultural heritage, renowned and envied the world over.

THE ELIXIR OF LOVE FOR KIDS

The support for the “Great Performances for Kids” project and in particular “The Elixir of Love for Children” of the Season 2018-2019 is consistent with the traditional commitment of the Italmobiliare Group—conducted mainly through the Pesenti Foundation—to the promotion and dissemination of innovative programs and initiatives for the development of ideas, projects and actions having a positive social and cultural impact, with special emphasis on youth.

After “The Barber of Seville for Children” in 2018-2019, on the occasion of the 150th Anniversary of Gioachino Rossini’s death, the 2018-2019 Season will feature Donizetti‘s “Elixir of Love”. “The Elixir of Love for Children” will be conducted by Pietro Mianiti and directed by Grischa Asagaroff with 29 performances from July 2018 to March 2019. To date more than 150,000 children have attended performances in La Scala’s Piermarini Hall and Meet-the-Artists sessions in the foyer. The “Great Performances for Kids” project promises to be a new and happy tradition teaching that, although it may often be seen as inaccessible and even intimidating, La Scala Opera House belongs to everyone, also to children.

This initiative is meant to spread and enhance La Scala’s artistic and musical heritage, but also to help a growing number of children from different backgrounds “go to La Scala” together with their parents and approach its artistic and cultural wealth.