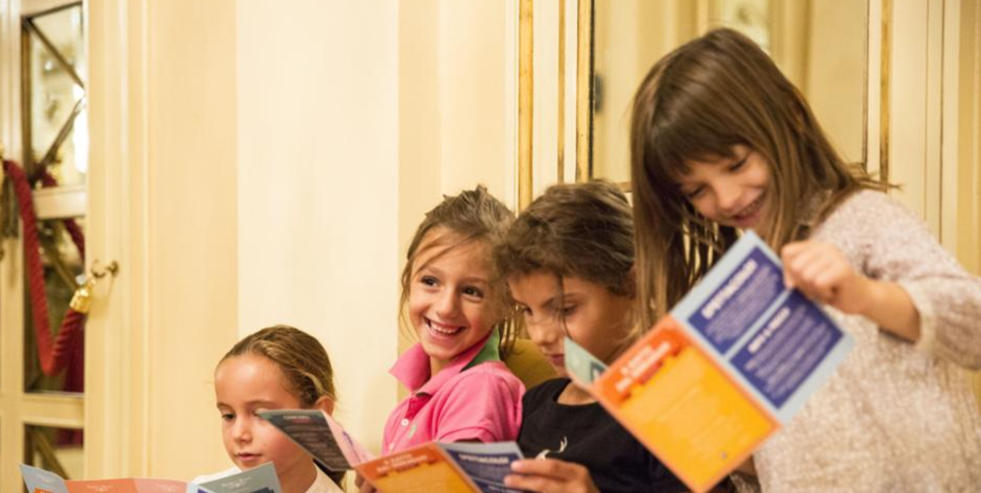 Milan, March 11, 2018 – The support for the “Great Performances for Children” project and in particular “The Barber of Seville for Children” of the Season 2017/2018 is consistent with the traditional commitment of the Italmobiliare Group—conducted mainly through the Pesenti Foundation—to the promotion and dissemination of innovative programs and initiatives for the development of ideas, projects and actions having a positive social and cultural impact, with attention to the new generations.

THE BARBER OF SEVILLE FOR CHILDREN

The collaboration with the Teatro alla Scala in Milan is a true point of pride for the Italmobiliare Group, that–with this initiative–aims at contributing to the valorization of Italy’s cultural heritage, renowned and envied the world over.

To date more than 150,000 children have attended performances tailor-made for them at the Teatro alla Scala. By joining this initiative, Italmobiliare not only joins the most famous opera theater in the world, expanding and enhancing its artistic and musical heritage, but also helps a growing number of children from many different cultural backgrounds (together with their parents who, on this occasion, will have the chance to “go to the Scala“) to approach this artistic and cultural excellence.

Teatro alla Scala has always had a tradition of shows for children since the time of Paolo Grassi, but it was the intendant Mr. Alexander Pereira, in 2014, the first who introduced productions of famous operas adapted for junior audiences and performed by outstanding soloists and the orchestra of the Teatro alla Scala Academy. The opera now on the stage is directed by Grischa Aasgaroff, who also directed the Teatro alla Scala’s opening night of Gaetano Donizetti’s L’elisir d’amore, staged in a reduced version at Malpensa airport, with the music direction by Pietro Mianiti.

Musical elaboration and arrangement are by Alexander Krampe, who translated “Puccini’s perfect and compassionate music into a small orchestra version with 10 strings and 5 winds. I pulled some stunts that Puccini would have approved, as they may well have been original elements and not a work of mine. We did some special things with the recitatives and I see it as a miracle, since it was the first time an intendant let me do it. “

“Scenery–the director adds during the press conference–is special, too, using the letters of the word Seville to create the several areas into which the stage space is divided”. Narration was performed by Stefano Guzzi, a trained actor from Piccolo Teatro in the role of Ambrogio.

The opera was performed in a single act lasting one hour and a quarter: the roles of Rosina, Figaro, the Count of Almaviva, Don Bartolo and Don Basilio will be sung by the Lyric Opera Soloists of Teatro alla Scala Academy, whose performances impressed Pietro Mianiti: “It is difficult to distinguish the first from the second company–the director says– as they are actually two autonomous companies.” According to Mianiti, “this is a new and very amusing Barber, an inspiration for tomorrow’s audience, an investment in the future of our long-lasting opera tradition, and a brilliant way to carry it on. A big thank to our Academy which–he concludes–is the envy of many and the best in the world.“

Below some images of “The Barber of Seville for Children” at the Teatro alla Scala in Milan, March 11, 2018.