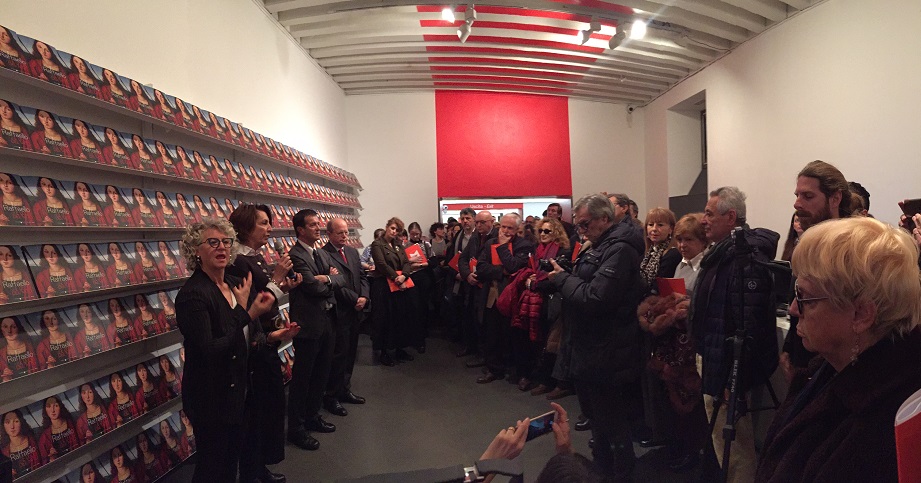 The exhibition “Raffaello and the Echo of the Myth” opened on January 26, 2018 at the GAMeC – Gallery of Modern and Contemporary Art of Bergamo. The project was conceived by the Accademia Carrara Foundation and realized in co-production with Electa/Marsilio with the support of the Pesenti Foundation, to promote a sophisticated investigation into the legacy of affections (and style) that Raphael left behind in many centuries. The official inauguration was attended by Giorgio Gori, Mayor of Bergamo, who underlined the commitment and importance of the Accademia Carrara on the national cultural scene, also attested by the exceptional number of loans received for exhibition–21 museums of which 11 abroad, for a total of over 60 works. As Nadia Ghisalberti, Councilor for Culture, stated “What we inaugurate today” she said “represents a model of exhibition, a model because it starts from the heritage of Accademia Carrara and unfolds on a path attesting the role the museum plays in the territory and in the world.”

“This is an important collaboration between two institutions like Accademia Carrara and GAMeC witnessing how the teachings of the great masters have survived over the centuries” concluded Alberto Barcella, President of GAMeC Bergamo.

Fondazione Pesenti has supported the exhibition project “Raffaello and the Echo of the Myth”, evocative tale of the work and legacy of the great master, “in fulfillment of its commitment to the enhancement and protection of the Italian historical and artistic heritage guided by its vision of ‘culture as a strategic value’.” Sergio Crippa, General Secretary of the Foundation.

Below, some exclusive images of the exhibited works. The exhibition will be open to the public until 6 May 2018.