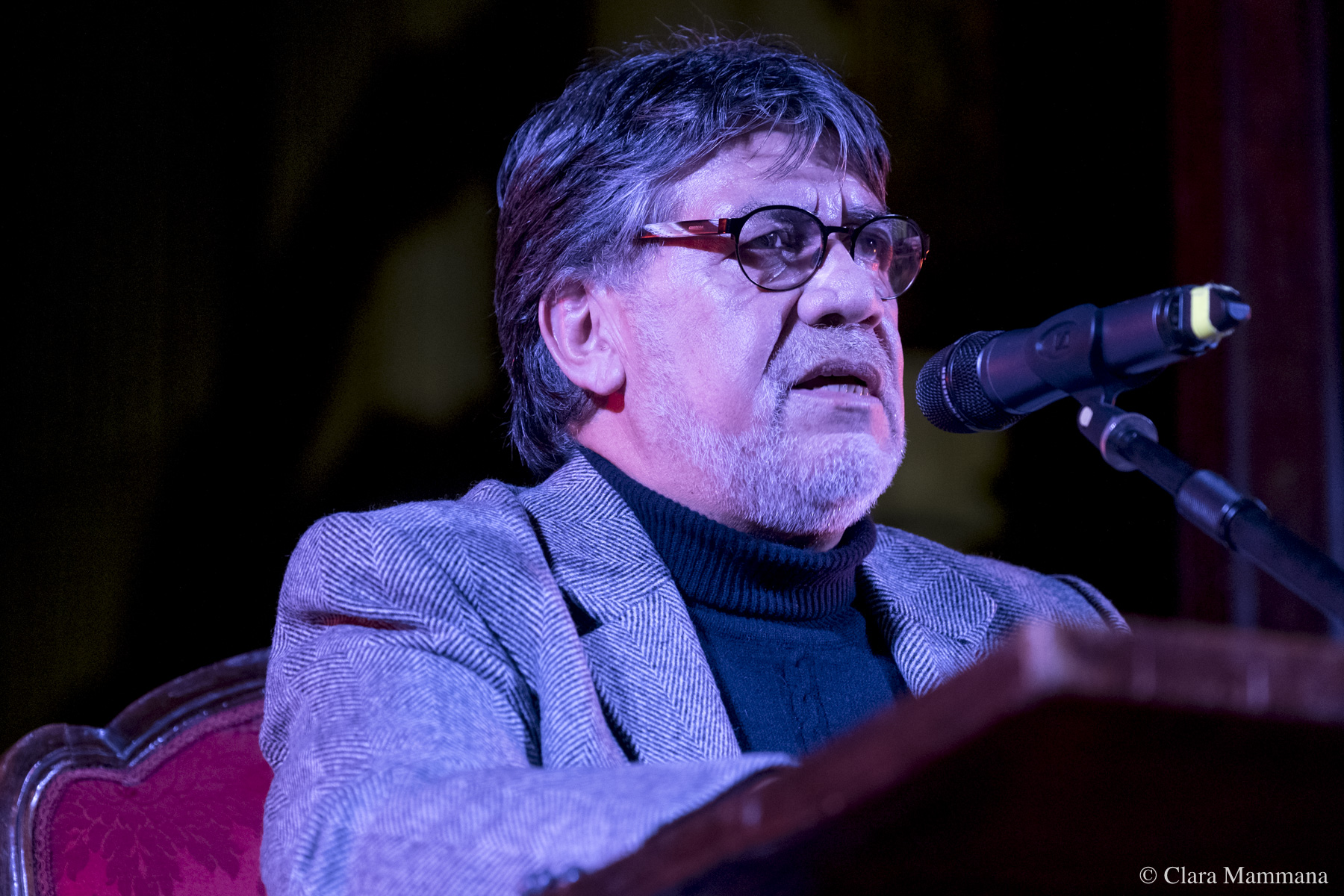 Friday, December 1 2017 – Luis Sepúlveda participated in the  “Many Faiths under the Same Sky” Festival with a talk about “The End of History”, in a conversation with university lecturer Marco Marzano.

The event promoted by ACLI Bergamo, with the support of the Pesenti Foundation, took place at the Basilica of Santa Maria Maggiore in the Upper Town of Bergamo.

“I was going on a date that I hadn’t looked for or wanted, and I was going there because you can’t escape your own shadow… the shadow of what we have done and been haunted us”. In Sepúlveda’s latest novel The End of History, the date was scheduled not only for the protagonist, a former Allende’s supporter, then a dictatorship survivor on retreat in Patagonia from where he was recalled, but also for the spies from Russia’s military intelligence agency, for the last Cossacks arrived in Chile during the  military dictatorship, for refugees from Hitler’s Germany. A Geopolitical Dynamic Of Yesterday And Today Environment crossing the twentieth century from Europe to Chile and calling us into question from an “elsewhere” that is not elsewhere at all…

Luis Sepùlveda was born in Chile in 1949 and lives in the Asturias, Spain, after having been in various South American countries, where he expressed his strong political and social commitment, and then in Europe. He received many literary awards, among which: the Honorary Degree in Literature from the University of Urbino, the Chiara Lifetime Achievement Award and the Hemingway Prize for Literature in 2016. Among his widely read and critically acclaimed novels are“The Old Man Who Read Love Stories” (1989), “Story of a Seagull and the Cat who taught her to fly” (1996),  “The End of History” (2017).