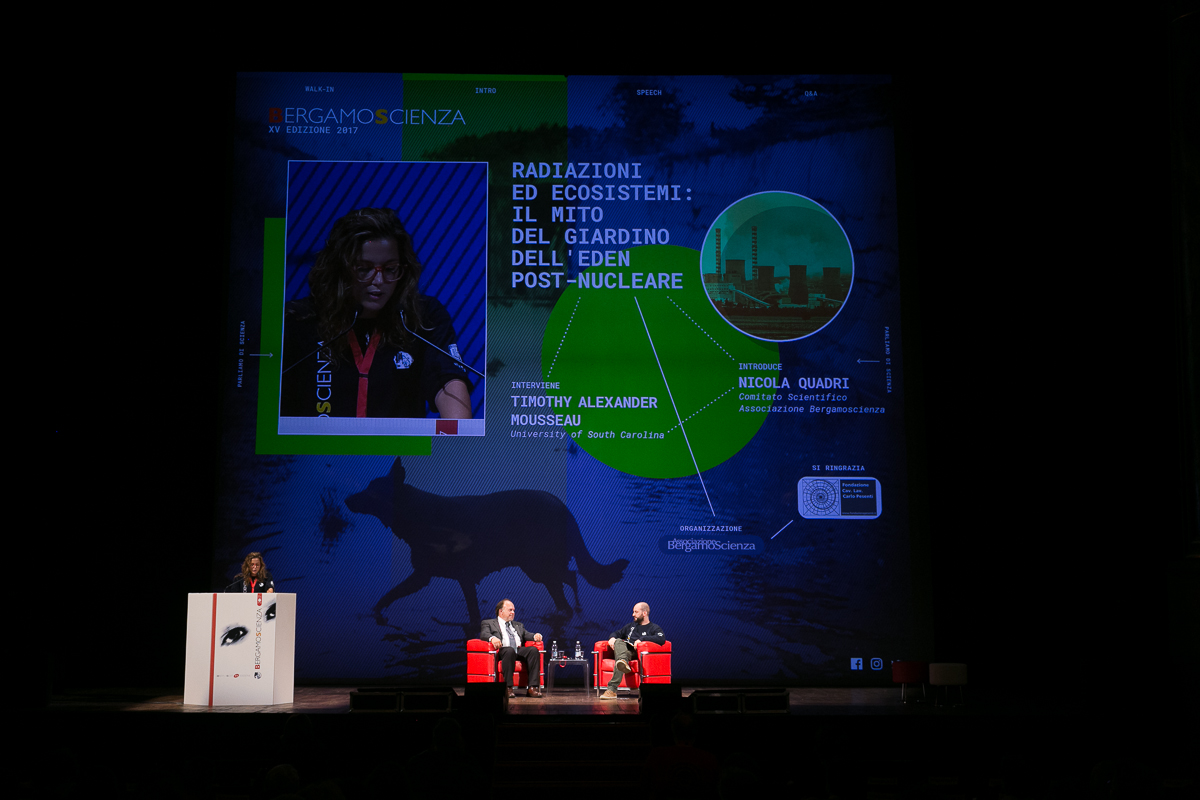 Bergamo, Sunday 15 October 2017 – The 15th edition of the BergamoScienza Festival closed with a record attendance of 153,141 people.

Again this year the Pesenti Foundation was among the sponsors of the scientific dissemination festival exploring the frontiers of science, from neuroscience to nanotechnologies, from basic studies to astrophysics, from Artificial Intelligence to genetic engineering.

The 15-year-long success of this festival that has made it an unmissable event for all those longing for new knowledge, was celebrated at the Donizetti Theater through a short story conveying the essence of BergamoScienza.

The backyard of Mother Teresa Nursery School in Valbrembo had been planted with wheat. At the harvest time, the children would have to rub the ears with their tiny hands. But, during last year’s festival the teacher was impressed by the machines developed by the students of the ABF/CFP Institute of Trescore Balneario and presented during the educational project “School in the Square”. He asked them for help with the threshing. Students accepted the challenge and designed a little bike powering a two cylinder threshing machine. BergamoScienza awarded the two schools for the successful partnership that will continue with further projects, with the hope that this inspiring and encouraging example will further curiosity and knowledge as well as values such as empathy, trust, cooperation.

The festival has always been renowned for its special attention to young people and for their involvement in the organization and management of the two-week event. This year’s edition included the participation of 58 schools and about 3,000 volunteers involved in the organization of meetings and workshops, coordinated by the 36 members of the BergamoScienza Youth Committee.

The first edition of the Festival took place over two days with a few activities. This year’s program boasts over 200 events with the participations of scientists and academicians from the most prestigious institutions and organizations in the world. The essence of the festival remains unchanged though: to address and analyze the most urgent current issues and cutting-edge scientific questions in a language accessible to a general audience.

Also this year, the rich events program was made possible through the collaborative efforts of local public and private stakeholders partnering the BergamoScienza Association, the event promoter and organizer, and contributing to the success of the festival.

The BergamoScienza project will also continue beyond the festival itself this year. Science TV is (www.sciencetv.it), an easily accessible, user-friendly and interactive scientific database providing online access to a collection of all festival editions. Throughout the year, the Bergamo Science will carry on its scientific dissemination program through a range of initiatives targeting students, citizens and science enthusiasts.