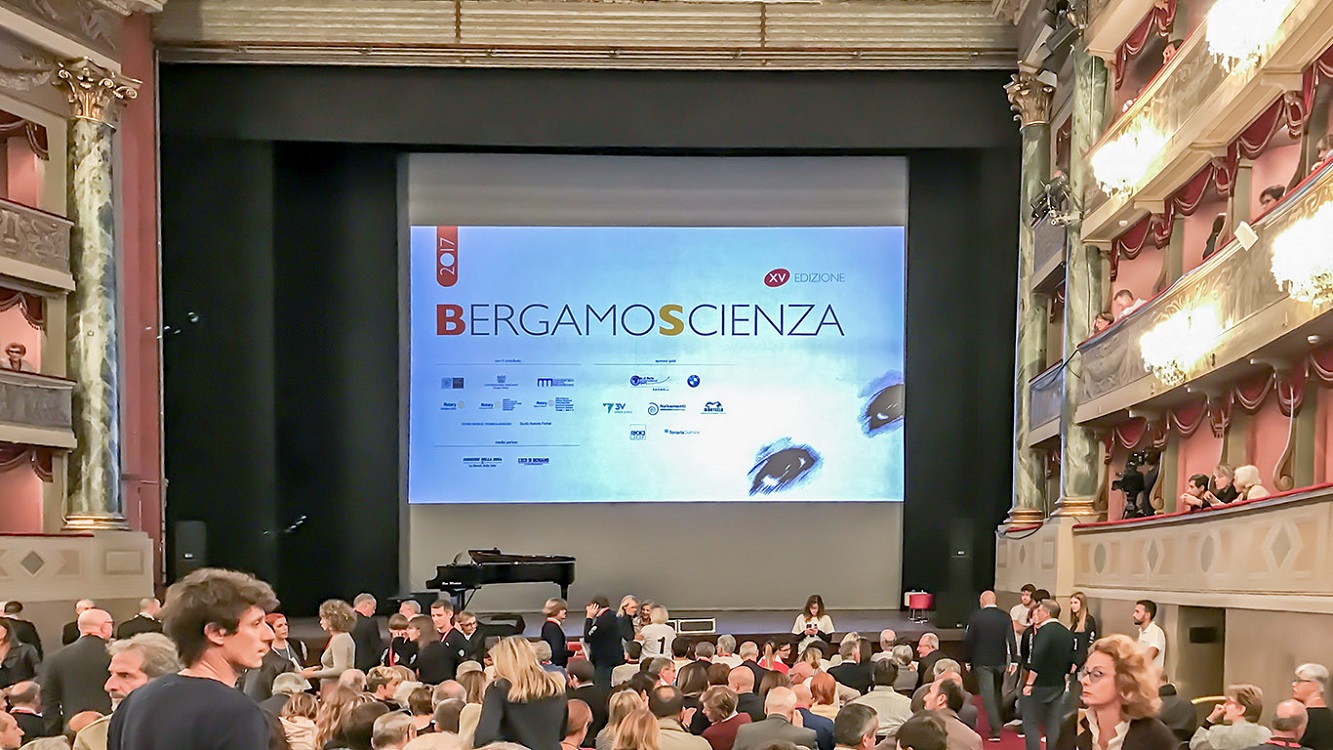 Saturday, September 30, 2017 – This year again, the Pesenti Foundation supports the BergamoScienza Festival that will liven up the city of Bergamo for 16 days: workshops, conferences, exhibitions, shows, meetings with Nobel Prize winners and internationally renowned scientists, who will tackle scientific and technological issues in plain interdisciplinary language, intelligible to non-specialists.

The event, which took place the Donizetti theater in Bergamo, also hosted as guest speakers two pillars of “Made in Italy” science: Silvio Garattini, Director of the Mario Negri Institute for Pharmacological Research and the physicist Renato Angelo Ricci, Emeritus Professor at the University of Padua. A story of two extraordinary lives, dedicated to science, research and dissemination, on the occasion of their extraordinary 70-year career anniversary. Chief guests were interviewed by Luigi Ripamonti, physician and journalist for Corriere Salute magazine.

Who does not remember “Games without borders”, the famous Europe-wide television game show of the nineties, inspiring entire generations of television audiences? To inaugurate the Festival XV edition, BergamoScienza reproposed the popular team tournament in a scientific format, engaging the public in a spectacular and overwhelming science games competition. The games were run by young astrophysicist and brilliant science writer Luca Perri. TO THE TUNE OF SCIENCE

BergamoScienza renews its mission, presenting the world of science in all its forms, even the less common ones.