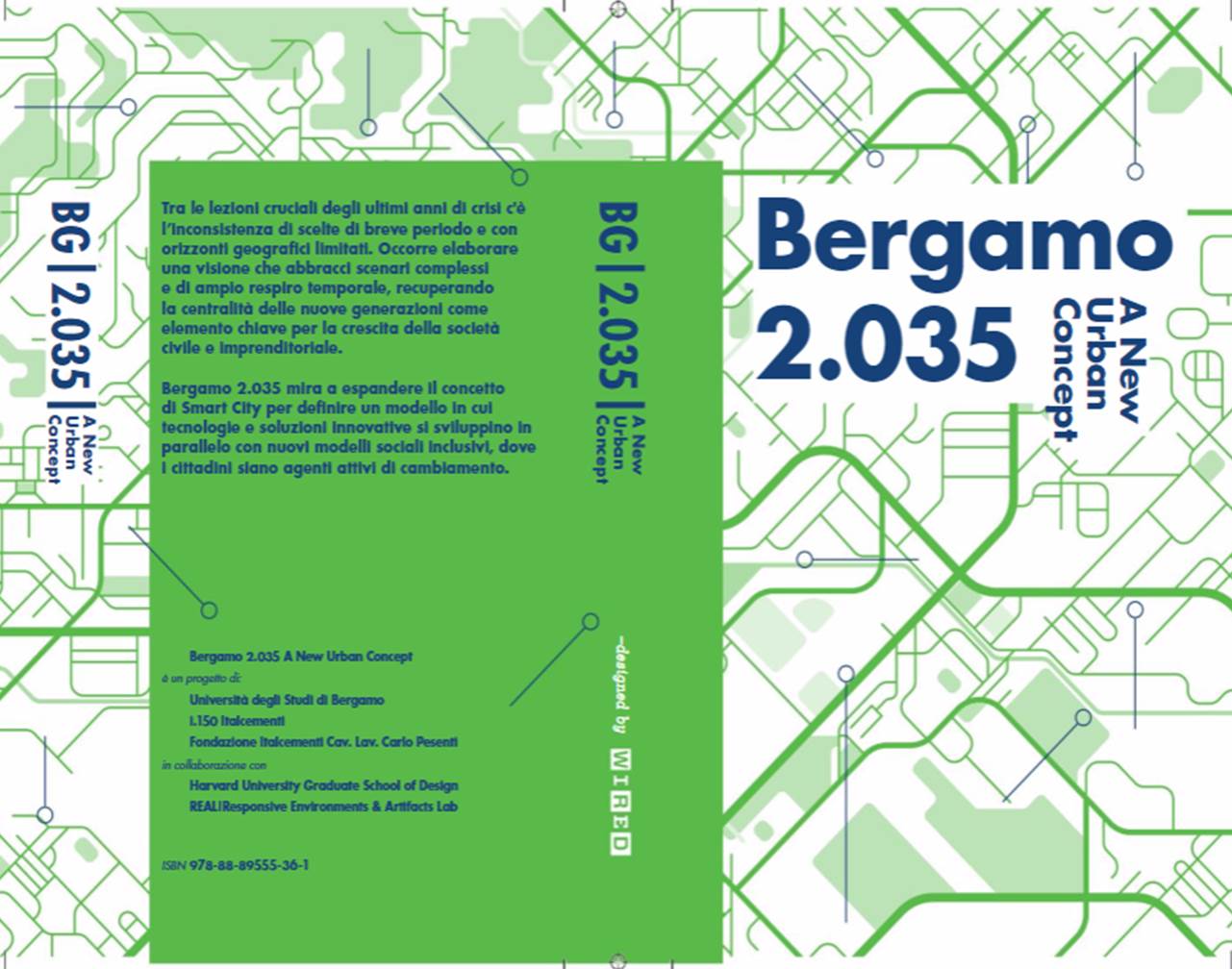 A project by the University of Bergamo and the Pesenti Foundation, in collaboration with Harvard University Graduate School of Design and Responsive Environments & Artifacts Lab (REAL).

A project.
An augmented city.
Technology and innovative solutions.
An inclusive social model.
Citizen-oriented civil and economic growth.
A book.

The main lesson to be drawn from the recent years of economic downturn is that short-term choices made within a limited geographical scope are unsound. What we need is instead to formulate a view capable of looking at a complex scenario over a long period of time. We need to stress the relevance of new generations, not only with regard to their education, but also as key players in the development of civil society and of business.

“Bergamo 2.035” wants to present the city of Bergamo with an ambitious plan, intended to boost the great potential of a unique territory: an interdisciplinary project that sees University of Bergamo in a leading role in collaboration with Harvard University. Its aim is to set up an articulate project based on the analysis of the most prominent trends which will involve cities, citizens and their respective territories in the near future, with a view to promoting a viable model for the city of Bergamo.

This book wants to recount the ambition of introducing Bergamo as a case study and benchmark at international level for developing strategies, models and solutions, aimed at creating a “prototype of smart reality” that may effectively act as a point of reference for other urban contexts.

Accordingly, “Bergamo 2.035 – La città verso il futuro prossimo” aims to expand the current concept of “smart cities” by defining a context in which technologies and innovative solutions are developed along with new social models of inclusiveness, where citizens – smarter citizens- become active agents of change for improving the urban environment.