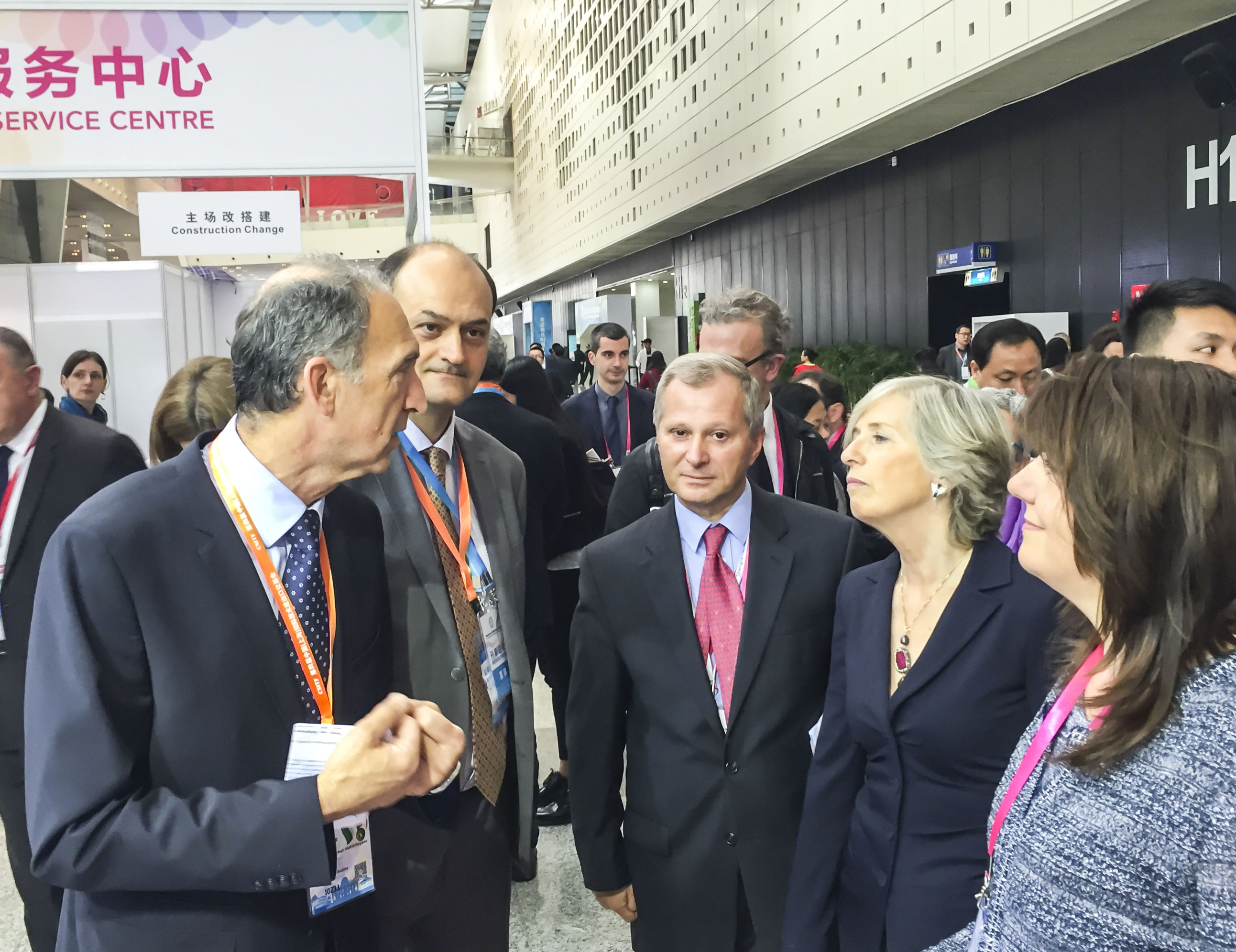 Bergamo 2.035 and Smart Aging invited to the biggest Chinese Science and Technology Fair.

Aging population, community socio-cultural heritage conservation/enhancement, “smart” technologies to improve life quality, mobility and sustainable logistics are some topics addressed by the Bergamo 2.305 and Smart Aging projects selected and invited to the prestigious International Science and Technology Fair, held in Shanghai from 21 to 23 April.

The China Shanghai International Technology Fair (CSITF), now in its fourth year, has become one of the biggest tech conferences in China bringing together Chinese and international companies and research institutes of excellence.


Italy was invited to be this year’s Guest Country of Honor at CSITF with a pavilion dedicated to smart cities projects. In China, Smart Cities and Smart Communities are getting momentum, both at central government and local government levels, building international partnerships to implement projects and develop innovative solutions.

The Italian pavilion was inaugurated by a large delegation of business and education representatives from Italy (among others, Ansaldo, Finmeccanica, CNR, Sant’Anna School of Pisa, “Sapienza” University of Rome) led by Minister Stefania Giannini and the Italian Consul in Shanghai Stefano Beltrame.

The Minister participated in the conference on Sino-Italian Cooperation Program organized by the Chinese Government, where Wan Gang, China’s Minister of Science and Technology, and Shanghai Mayor Yang Xiong were guest speakers.

Minister Giannini visited the Italian Pavilion, also focusing on the two projects developed by the University of Bergamo.

During the visit, Professor Andrea Remuzzi, Scientific Director of the Smart Aging project, gave the Minister an overview of the project technical/scientific results. “The project aim is to create a service platform for personal data acquisition and processing, measuring elderly people’s lifestyle to improve their health and autonomy. Minister Giannini was interested in the project’s topic and welcomed the use of technology to improve life expectancy.”

The Bergamo 2.035 project received equal attention, as emphasized during the event by Professor Sergio Cavalieri, Vice Chancellor for Innovation, Technology Transfer and Research, “Chinese local municipalities are finally more aware of the importance of a city model committed to the quality of life of its citizens and the preservation of culture and the historic-monumental heritage. A city model where technology can be a real social innovation driver, consistent with local socio-cultural development. The Bergamo 2.035 model could become a factual European case study to be exported to China, developing innovative strategies, models and solutions to create an intelligent community prototype. It may effectively act as a point of reference for enhancing or redeveloping other similar urban contexts, mainly in Central China.”

The delegation to China was also an opportunity to establish and consolidate institutional relations with research centers and universities as well as to exchange teachers, researchers and students. Professors Matteo Kalchschmidt, Vice-Chancellor for Internationalization and International Relations, and Maria Gottardo, Delegate for the International Relations for Asia, visited the Dalian University of Foreign Languages and the Nanjin Normal University. As professor Kalchschmidt reports, “The meetings were aimed both at extending the already existing partnership to new disciplinary areas and to develop innovative projects fostering better collaboration between students and teachers. The partnership with the University of Dalian will allow Sino-Italian teachers and students to share training courses combining lectures, cultural activities of the receiving society and education programs.”