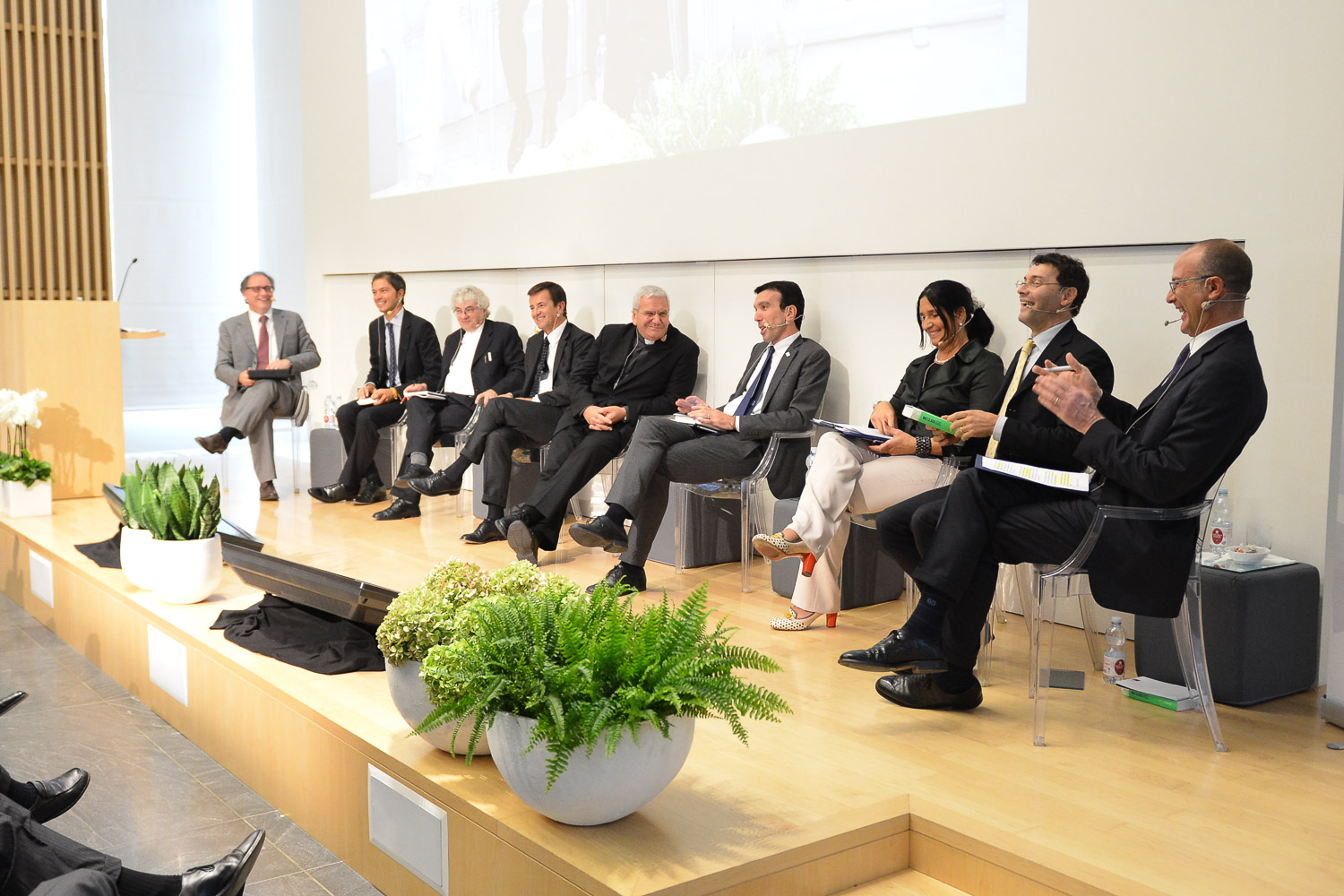 Technology at the service of a responsible community.

Bergamo, 30 September 2014 – A smart city where innovative technologies and solutions are jointly developed to serve new social models of responsibility and inclusiveness. A city where citizens, the “smarter citizens” become active agents of change for the improvement of their urban environment.

This is the Bergamo of tomorrow as it emerges from the study “Bergamo 2.035: an idea of city in a changing world” presented today at the i.lab, by the University of Bergamo and the Pesenti Foundation.

The Bergamo 2.035 program, jointly developed witht he Harvard University Graduate School of Design, was launched in January 2013 to provide an articulated and long-term vision for future cities and territories, with a focus on the city of Bergamo. The ambition of the research project is to propose Bergamo as an “international case study” to develop strategies, models and solutions with the aim of creating a “prototype of intelligent reality” that can become a reference for other urban contexts.

The research activities has been carried out with the cooperation and involvement of major economic, social and institutional actors in the Bergamo area, who contributed with their vision, sensitivity and commitment united by a common purpose —to promote economic and sustainable development with the active participation of all stakeholders throughout the program. An ideal model of future city, ranging from infrastructures to the economic fabric, from mobility to social welfare, to be implemented and tested in the Bergamo area and acting as a point of reference for other urban environments. The Pesenti Foundation, and the University of Bergamo meant to offer the city this two-year research project as a starting point for reflection on its future. The Foundation–always committed to business-oriented and value-enhancing activities focused to quality and innovation to grow competitiveness–has promoted a project successfully involving local stakeholders and making Bergamo an international showcase. “Bergamo 2.035,” Carlo Pesenti said, “has particular significance for us: the project looks to the future of our region through direct involvement of the whole University community from the Rector and professors–whom I want to thank again for their contribution–to the researchers and the students personally involved.”
“The challenge of the research,” Mr. Pesenti added, “is focused on a multi-perspective evaluation of local stakeholders’ different perspectives, sensitivities and interests, often lacking a common vision. The University, through its main Departments, has successfully summarized such diversities. I do think this is the major value of the research project: it was a stimulus (let me quote verbatim from the report) to sectors of society still showing a ‘lack of awareness’ about making system.”

Giovanni Giavazzi, president of the Foundation, underlined the valuable partnership with the University: “Over the years we have supported the University of Bergamo in developing high-level international projects, such as the Doctorate in Logistics and Supply Chain Management, in collaboration with the Logistics Center of Zaragoza (a partner of MIT, Boston) and SDA Bocconi of Milan, offering scientifically based in-depth knowledge of logistics and supply chain management, becoming ever more crucial for modern industry in the era of globalization. The Bergamo 2.035 project is, and will be, fully consistent with our mission as a concrete contribution to the local community.”