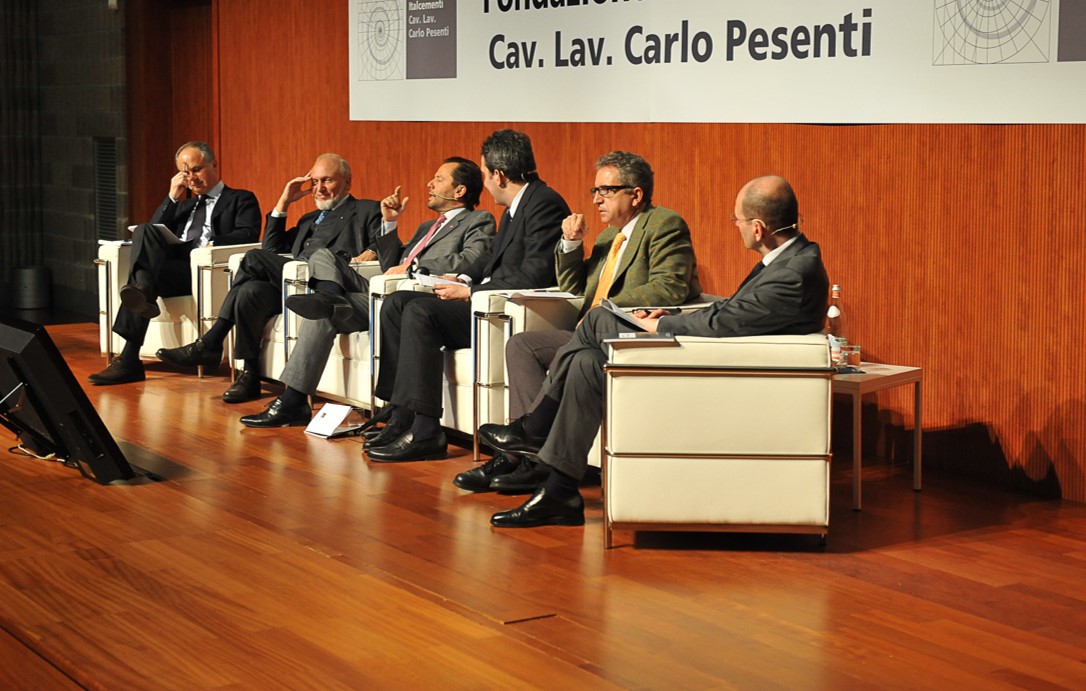 
Bergamo, 19 January 2013 – Will the current serious economic recession drive European partners towards more effective community institutions? This was the theme of the annual conference of the Cav. Lav. Carlo Pesenti Foundation, held today in Bergamo. The theme of the discussion was taken from Jacques Delors, former President of the European Commission, who already in 1988 described with his words on the “embarras de la souveraineté” a political and institutional situation which fits very much the current situation, while Europe is still encountering problems in drafting and implementing the necessary tools and actions to strongly face the most serious economic recession after World War II.


The round table followed data and analysis trends presented by the President of Istat Enrico Giovannini and the President of Ipsos Nando Pagnoncelli, with contributions by some prominent academics, economists and politicians, including Italy’s Minister for European Affairs Enzo Moavero Milanesi, leading economists Luigi Zingales (named by Foreign Policy magazine to its list of Top 100 Global Thinkers), Hans-Werner Sinn (among the ones who have written an open letter to Angela Merkel warning her that her decision to agree to allow Eurozone bail-out funds to support sinner states was “wrong”) and Ramon Marimon (Professor at the European University Institute funded by 20 Member States and former Secretary of State of the Government of Spain), and businessman and former Deputy Chairman of Confindustria (Italian employers’ federation) with responsibility for Europe Andrea Moltrasio. The debate was chaired by the Editor-in-chief of “La Stampa” Mario Calabresi. Speeches of the conference